from US Department of Justice 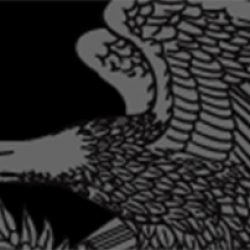 PHILADELPHIA, PA – United States Attorney William M. McSwain today announced that generic drug manufacturer Heritage Pharmaceuticals, Inc. will pay over $7 million in a civil settlement to resolve allegations of a scheme to fix prices and allocate customers for several of its drugs. The civil resolution of these allegations in the Eastern District is a component of the company’s larger resolution with the Department of Justice’s (DOJ) Antitrust Division and Civil Division.

This over $7 million civil healthcare fraud settlement resolves False Claims Act allegations that Heritage paid and received remuneration from other drug manufacturers between 2012 and 2015, and engaged in a scheme to artificially inflate and fix prices on certain generic drugs. These drugs were supplied to Medicare, Medicaid, and the Department of Defense’s TRICARE program beneficiaries, as well as the Department of Veterans Affairs. The drugs allegedly implicated in this scheme address a wide variety of health conditions, and include hydralazine, used to treat high blood pressure, theophylline, used to treat asthma and other respiratory problems, and glyburide, used to treat diabetes.

“My Office is proud to announce this important civil healthcare fraud settlement with the Civil Division, and the deferred prosecution agreement with the Antitrust Division,” said U.S. Attorney McSwain. “Price-fixing and market allocation in generic drugs will not be tolerated, especially when such actions artificially inflate prices and negatively impact federal healthcare programs like Medicare and Medicaid. This resolution with Heritage is an important milestone, and my Office will continue to investigate and pursue illegal conduct regarding generic drugs.”

“Consumers have the right to generic drugs sold at prices set by competition, not collusion,” said Assistant Attorney General Makan Delrahim of the Department of Justice’s Antitrust Division. “Heritage and its co-conspirators cheated and exploited American patients to pad their bottom line. Today’s resolution—requiring an admission of guilt, a criminal penalty, and cooperation in the ongoing investigation—sends a clear message to generic pharmaceutical companies and their executives that this conduct will not be tolerated. The Division and its law enforcement partners, including the Federal Bureau of Investigation and United States Postal Service-Office of the Inspector General, will continue to hold companies and individuals accountable for collusion that undermines the integrity of the market for drugs that should be a less expensive alternative to brand name pharmaceuticals.”

“Plotting to raise prices on generic medications is illegal and may result in patients’ inability to afford vital medicines,” said Maureen R. Dixon, Special Agent in Charge of the Philadelphia Regional Office of the Inspector General, Department of Health and Human Services (HHS-OIG). “Along with our law enforcement partners at the Department of Justice, the Federal Bureau of Investigation, and United States Postal Service-Office of the Inspector General, we will continue to investigate allegations of companies engaging in actions that put the public and the Medicare program at risk.”

The civil claims resolved by the settlement are allegations against Heritage only, and there has been no determination of liability.