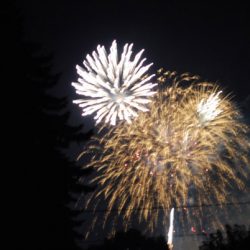 The Greater Governor Mifflin League (GGML) was founded in 1976 as non-profit organization devoted to giving back to the community. In every year since, the GGML has presented a unique community fair featuring food, games, rides, and some of the best regional entertainment, including a spectacular “One-of-a-Kind” Fireworks finale which will culminate this year on Saturday, July 6th. Its main goal has been to return proceeds from the fair back into the community in the form of contributions to local fire companies, ambulance associations, scout troops, school projects, community projects, and scholarships, just to name a few. In our history, the GGML has given $500,000 back to the Governor Mifflin community.

This year, Community Days will be held from Monday July 1st – Saturday July 6th. The Greater Governor Mifflin League prides itself on presenting the best Free Entertainment in Berks with national acts and well-known regional bands as well as its Spectacular Fireworks Display to conclude the festival each year on Saturday night. Our M&T Bank Main Stage acts and special events include:

Community Days also has a large raffle drawing on Saturday night, as well as nightly 50/50 Raffle and nightly Pick-a-Prize Auction.