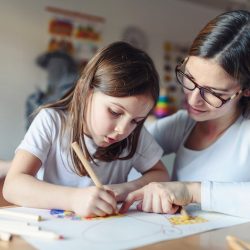 The number of new teaching licenses issued in Pennsylvania has dropped 67 percent since 2009.

HARRISBURG, Pa. – A new poll shows large majorities of Pennsylvanians are satisfied with their public schools and would support raising teachers’ minimum pay.

The poll of 650 registered voters found nearly two-thirds are “very or somewhat satisfied” with the public schools in their communities. And when told of Pennsylvania’s growing teacher shortage, more than three-quarters said they would support raising the state’s minimum teacher salary.

Chris Lilienthal, assistant director of communications for the Pennsylvania State Education Association, says the results show the most favorable view of the state’s public schools in almost a decade of polling.

“More people are becoming aware of the valuable role of public schools in their communities, the incredibly important role that teachers play, and they appreciate that and they value that,” says Lilienthal.

State lawmakers are considering Senate Bill 656, which would raise the minimum pay for teachers from $18,500 dollars a year to $45,000, and provide funding to cover the increase.

Most teachers earn more than the minimum salary, but pay varies between regions. Lilienthal points out that the number of new teaching licenses issued in Pennsylvania has dropped by 67% since 2009, and low pay is cited as a major reason for the decline.

“When you are a teacher starting off, and you are earning $22,000, $24,000 or even $30,000, it’s very difficult to find housing that is affordable, to pay your student loan debt, put food on the table for yourself, your family,” says Lilienthal.

A recent study found that in 2018, public school teachers in Pennsylvania were paid 13.5% less than similarly qualified professionals in other fields.

Lilienthal says the poll results show that increasing minimum teacher pay and providing funding to ensure that all school districts can pay their teachers well are ideas that enjoy broad public support.