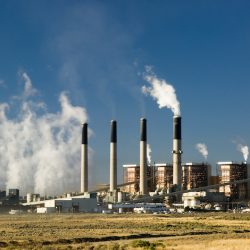 The EPA plan leaves it up to states to set limits on power-plant carbon emissions.

The EPA maintains the Clean Power Plan, which set national carbon emission limits, was illegal and would have placed an economic burden on power producers. It has been suspended by the U.S. Supreme Court.

In Pennsylvania it would have required a one-third reduction of carbon emissions from power plants over the next decade.

But according to Tom Schuster, senior campaign representative for the Sierra Club in Pennsylvania, the new plan will let the pollution continue.

“It limits what states are able to do to basically just some tweaks at the individual power plants that will at best result in minimal emission reductions,” he points out. “But there’s so much discretion given to the states that it doesn’t actually guarantee any emission reductions at all.”

Wheeler notes that energy sector emissions fell 14% from 2005 to 2017. But Schuster points out that emissions increased in 2018 and the Trump administration has put a number of clean air regulations on the chopping block.

“They’re working on a rollback of vehicle fuel efficiency standards as well,” he points out. “And so all of those things combined are causing us to lose some momentum in terms of our carbon reductions.”

The EPA’s own analysis of the new plan says it could result in up to 1,400 additional pollution-related deaths each year.

Schuster adds that five states have passed bills aimed at getting to 100% carbon free power by 2050, and New York is on track to become the sixth.

“This rollback makes it even more imperative that a state like Pennsylvania, which is third in the country in its carbon emissions, needs to take decisive action to address the problem,” he stresses.

Gov. Tom Wolf recently signed an executive order committing to an 80% reduction of carbon pollution by the middle of this century.