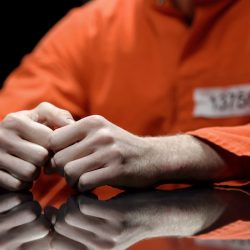 HARRISBURG, Pa. – An amendment to the state Constitution promoted as enshrining the rights of crime victims may be on the Pennsylvania ballot in November, but opponents fear it could do more harm than good.

Marcy’s Law passed in the Senate for the second time on Wednesday, but must be approved by voters in the General Election before it can go into effect. Supporters say the amendment would give crime victims rights equal to those of the accused – like a right to restitution, to be advised of all developments, and a right to refuse depositions and discovery requests.

But according to Elizabeth Randol, legislative director at the American Civil Liberties Union of Pennsylvania, the law gives alleged victims a role in criminal proceedings before there’s been a determination of guilt.

“By inserting them into the process and giving them constitutional rights, it would run headfirst into the presumption of innocence that the framers were insistent was in place before the state was able to incarcerate – if not execute – someone,” says Randol.

She notes that Marcy’s Law doesn’t bring any additional resources for victims’ services and has no provisions to guarantee that it is enforced.

Randol points out that South Dakota passed a version of Marcy’s Law that, like the Pennsylvania law, states that every victim of even the most petty crime is entitled to the notification provisions of the law.

“All their agencies were doing was spending time on notifications and couldn’t do any of the other work that they were trying to get done on behalf of victims,” says Randol. “So, they had to go back and re-amend their constitution and make those notifications an opt-in.”

She adds that under current Pennsylvania law, people can register as crime victims and select the kinds of notifications they want to receive.

Now that Marcy’s Law has cleared the General Assembly, the state needs to publicize the proposed amendment and decide on the exact language voters will see on the ballot. Randol notes this process also can be difficult.

“Kentucky just permanently blocked implementation of Marcy’s law because the ballot language was so vague, it did not properly communicate to voters what exactly it did and the amount of money that it was going to cost,” says Randol.

She believes Marcy’s Law would do little actual good for Pennsylvania crime victims, while putting long-recognized rights of the accused in serious jeopardy.