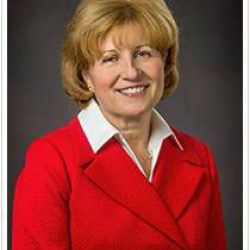 Harrisburg A bill containing a proposal by state Sen. Judy Schwank (D-Berks) that would name the first block of West Main Street in Fleetwood Borough, Berks County, as the “Alex J. Szoke Highway” has been approved by the Senate.

Fleetwood Borough Council recognized Alex J. “Shonny” Szoke for his record of community commitment and 40 years of service to borough council in 2018.

In addition to his council service, Szoke was a church council member of Becker’s St. Peter’s Lutheran Church; a founder of the Fleetwood Area Baseball Association; a Cub Scout Master for Evansville and Fleetwood; an officer of the Fraternal Order Orioles Fleetwood Nest 23; a secretary of his union at Allentown Portland Cement in Evansville; past chair of the Berks County Democratic Committee; and winner of the Full Beard Award during the 1973 Fleetwood centennial year.

He enlisted in the U.S. Marine Corps Reserve before graduating from Kutztown High School in 1948 and served in the U.S. Navy during the Korean War.

“Alex Szoke embodied all of the elements of a dedicated community member,” Schwank said. “When people drive in Fleetwood, I hope they notice the signs commemorating Alex and I hope they remember his service to council and the borough.”

Sen. Schwank made her proposal an amendment to House Bill 65 and the Senate unanimously approved the legislation today. The measure will be returned to the House for concurrence before heading to the governor for his consideration.