McKnight: the man, the mountain, the major – and the gap 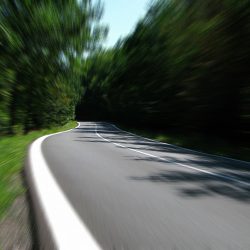 Residents of Berks County, especially we who are chronologically advantaged, know how a road in our county came to be known as “The Road to Nowhere.”

But is there a gap in your knowledge about the naming of McKnights Gap Road? Do you know where it is and why it came to be? And who was McKnight, anyway?

If your drive through northeast Reading takes you past the “Castle on the Hill” and out Hampden Boulevard toward Route 12, you’ll see a sign for McKnights Gap Road. Be adventurous! Turn right onto a winding road complete with a hairpin turn that leads to Skyline Drive. This road seems built to challenge your driving skills, but there is, of course, a practical purpose for this motorway. McKnights Gap Road provides a path to get you “up the mountain” and leads you from Hampden Boulevard in Alsace Township to the intersection with Skyline Drive.

Early settlers traversing Mount Penn took advantage of the mountain’s natural gap. Their path, carved into the side of the mountain, eventually became the paved road we currently know.

As you make your way up the steep incline, you’ll encounter the road’s twists and turns. A sharp left-hand turn in the road? No problem, just slow down a bit. An absolute hairpin turn further along? Well, yes. Steady your nerves, slow your speed, and you’ll savor (survive?) the adventure. Ah, at last – the stop sign at the end of the road, high atop the city. Now you just have to pull out. Keep your eyes and ears alert for cars coming from at least three directions and trying to navigate their own circuitous route. Without contributing too much rubber to the road surface, you’ve pulled out and arrived on scenic Skyline Drive.

As you navigate McKnights Gap Road, especially in the fall, you might wonder who maintains it and who will remove the ice and the snow in the coming winter. Fortunately for the road crew of Alsace Township, the challenging McKnights Gap Road is maintained by the crews of PennDOT.

Are you one of the brave people who drive this treacherous road on a daily basis? Well, perhaps you are maneuvering your way from the convergence of Alsace Township, the City of Reading, and Muhlenberg Township, taking a handy short cut to traverse Mount Penn heading to Lower Alsace Township. You might be on your way home, or heading for a visit to Antietam Lake and the enhanced Mount Penn Preserve, or to Stony Creek or other points in Lower Alsace Township. While Mother Nature provided the gap, adventurous trailblazers, early settlers and clever roadbuilders took advantage of her fortuitous design.

So, now that you know about the gap and the road, what about McKnight?

From his birth in Reading in 1820 to his death at his Alsace Township farm in 1888, James P. McKnight led a notably interesting and heroic life. Born literally in the Union Bank Building on Penn Street where his father was a banker, James later attended Princeton University and became known in our community as a cultured man.

For 17 years he was a partner with Joseph Stichter in a successful hardware business on Penn Street. In 1850 he organized the Ringgold Light Artillery and drilled his men frequently at the Sinking Spring Parade Grounds.

In 1861 when summoned by telegram to report to Harrisburg for service, he was able to organize 101 men within 40 minutes and lead them to the Pennsylvania capital, arriving by train in Harrisburg at 8 that evening. A few days later, he led his men to Washington, D.C., to defend our US capital.

His unit was distinctively dubbed The First Defenders for its role in defending the Union early in the Civil War. McKnight later served as a major with the Fifth U.S. Artillery. After seeing action at some of the fiercest battles, he was made a brevet major-general.

At the end of the war he returned to Reading and was an officer of the Reading Fire Insurance Company. A lifelong bachelor, he retired to his home, “McKnight’s Mansion,” situated at McKnight gap where he passed away peacefully, albeit suddenly, at 68 years of age.

Next time you are sporting up this challenging roadway, look for James’ house and pay homage to the road’s namesake, one of the bravest men of Berks County.

See you on the squiggle! Beep, beep’m, beep, beep, yeah!