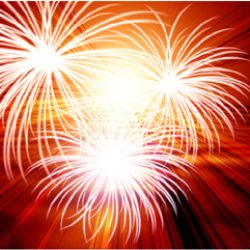 Harrisburg – State Sen. Judy Schwank (D-Berks) is proposing legislation to grant municipalities the authority to regulate and limit the use of fireworks in their cities, boroughs and townships.

Schwank has received many complaints about the use of fireworks after the 2017 enactment of the state Fireworks Law, which she voted against. The law allowed for easier access to larger and more disruptive fireworks.

“While I’d prefer to ban all of the higher powered fireworks, I recognize that a statewide repeal is likely not going to happen,” Schwank said. “But this legislation would allow local municipalities to impose ordinances such as what days and at what times they will allow fireworks.”

Over Fourth of July in Reading alone, police and firefighters responded to dozens of calls blamed on fireworks, including one fire that caused more than $50,000 damage to a middle school roof and another that left a family homeless.

“My legislation will reaffirm municipal governments’ historic authority to regulate peace, safety and order in their communities,” Schwank said.

The legislation is yet to be introduced as Schwank is currently seeking additional support for the bill from other members of the Pennsylvania Senate.