Survey: Almost 1 in 10 in PA Scammed by Robocalls 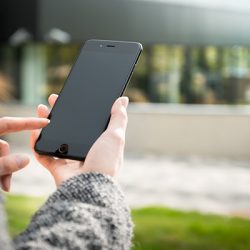 People can report phone scams to the Federal Trade Commission and Pennsylvania’s Office of the Attorney General.

HARRISBURG, Pa. – Robocalls are more than annoying – they’re bilking people out of money.

And a new survey says many Pennsylvanians are vulnerable, as scam artists use sophisticated technologies to mask their identities.

The state-specific survey by the AARP Fraud Watch Network found more than half of respondents receive seven or more robocalls a week – and almost one in 10 has fallen for a scam.

AARP Pennsylvania State Director Bill Johnston-Walsh says “spoofing” is part of the problem. That’s when the scammer fakes the area code or prefix on a caller ID system to make people think someone they know is calling.

“We get contacted by our 1.8 million members here in the Commonwealth almost on a daily basis, just telling us that they’re inundated with these scam and frauds across the board, whether they be on their computer, on the phone,” Johnston-Walsh states.

The survey also reveals that most people aren’t taking basic steps to protect themselves, like adding their phone numbers to the Do Not Call Registry, or reporting the scams to authorities.

This week, a committee in Congress is looking at legislation that would require telecom companies to install technology to identify and block these calls.

More than half of those surveyed in the Commonwealth said they would engage with a scammer, particularly if the call seemed like an emergency or threat.

“We saw that 54% of Pennsylvania adults said that they would answer a call seemingly from a local area code,” he relates. “And 42% would pick up a call from an area code where their friends and their families live in. As soon as you pick up – boom, they start the pitch.”

Johnston-Walsh adds if you do answer a call from an unknown but familiar looking number, and there seems to be a lag before the person on the other end speaks, hang up immediately. It’s likely a scam.