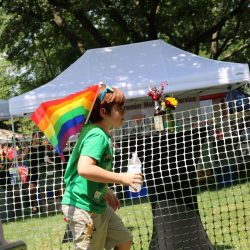 While most celebrations took off in June and emphasized the importance of the 50th anniversary of Stonewall, the Reading Pride festival kicked off on the 21st of July. It was a scorcher, so much so that free waters were being handed out and misting sprinklers were set-up throughout different areas of the celebration in order to refresh attendees as they passed through the grounds of Reading’s Centre Park.

Regardless of the insane heat levels, the festival was full of LGBTQ+ members and allies. The celebration featured multiple politicians who identified themselves as allies who gave short speeches regarding the importance of showing such support. Among those politicians were West Reading Mayor Andrew Kearney, Lieutenant Governor John Fetterman, City Councilwoman Johanny Cepeda-Freytiz, and Reading school board candidate Mark Detterline, among others.

There were jaw-dropping performances by various drag queens and even a drag king. Featured drag performers included Lady Tabitha, Sleigher, Whitley, Amishka, Lola, Amie Vanité, and many more. The drag queens and king were not the only performers. Genesius Theatre also performed a few numbers from their upcoming musical Chicago, the W.A.R. dance group displayed their choreography skills, musician Billy Winn performed some songs, and musician Crystal Waters closed out the festival before everyone headed to the Double Tree to attend the Pride after party. People danced, became educated, laughed, ate, examined and bought art, visited informational booths, registered to vote, and formed genuine connections.

When reading articles following last weekend’s Reading Pride Celebration, most will focus on Mayor Wally Scott’s decision to block raising the Pride flag over City Hall and how Lieutenant Governor John Fetterman decided to visit after learning about Mayor Scott’s decision. But in a world where “Straight Pride” has become an approved celebration in our country, in a commonwealth that still allows discrimination due to our gender and/or sexual orientation to occur, and in a city where the mayor required a political protest in order to support the LGBTQ+ community, this article focuses on love. Because that’s what Sunday really was: a celebration of love.

I’ve lived in Reading for a majority of my life, and I can without a doubt say that this past Sunday was the proudest I have ever been of my Reading community. The festival was full of LGBTQ+ members and allies. Despite all of the hate that is still being allowed to continue on across this country, and even in our small city, love won. And I believe that as long as we continue to do our part by taking in community events like Reading’s Pride Celebration, love will continue to win over and over again. 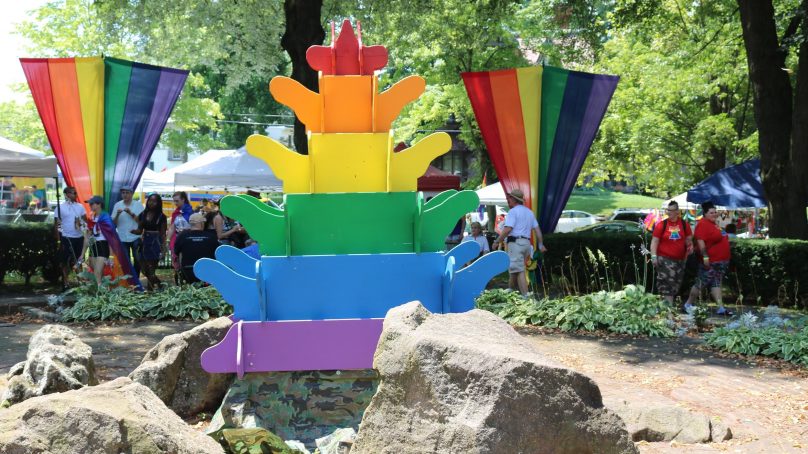 Some of the beautiful Pride decorations right in the “Centre” of the festival. 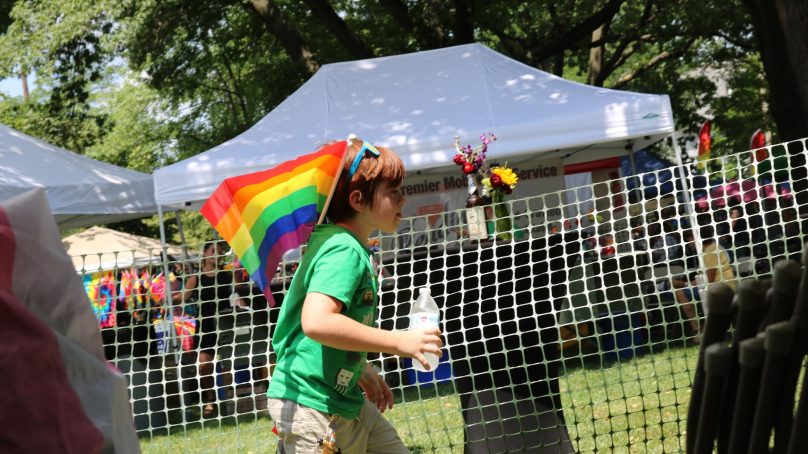 People of all ages, races, backgrounds, and walks of life enjoyed the Pride Celebration. 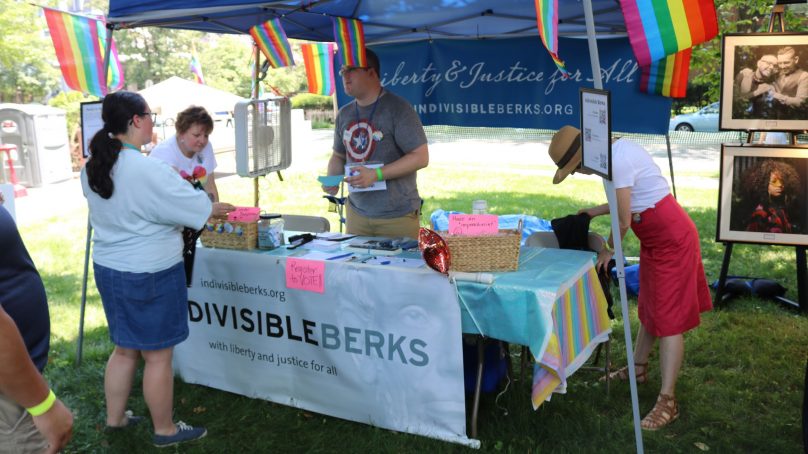 Just one of the many stands they had available to register community members to vote. This specific stand belonged to Indivisible Berks. 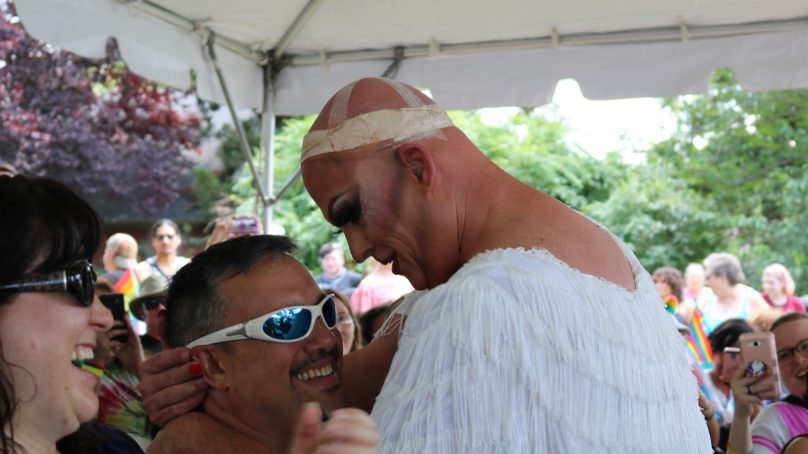 The heat may have made Lady Tabitha discard her wig, but it didn’t stop her from putting on an unforgettable performance. 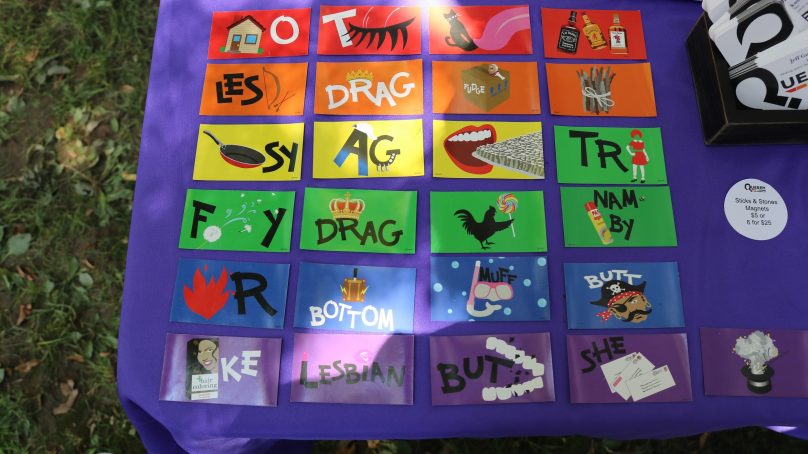 Another example of a stand; this one was an artistic stand that was centered around depicting harmful words in picture form in order to reclaim them. This specific stand belonged to Queery. 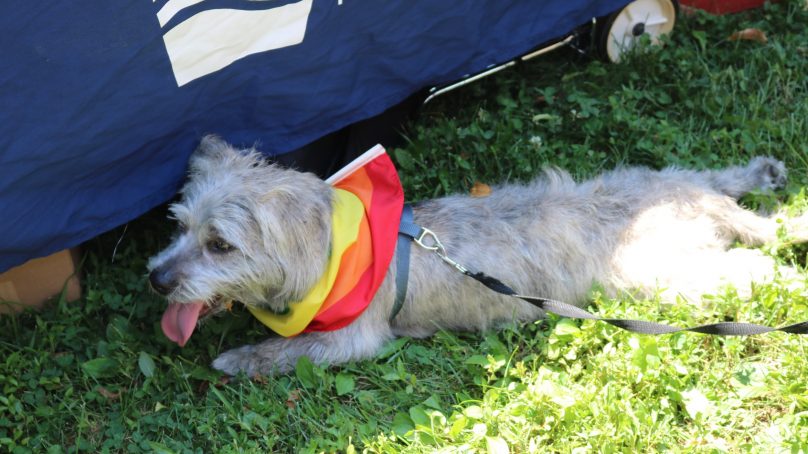 The cutest little ally you ever did see. 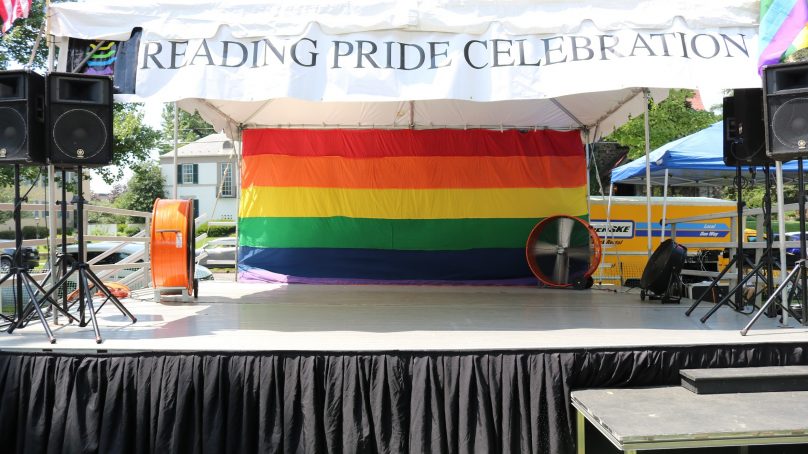 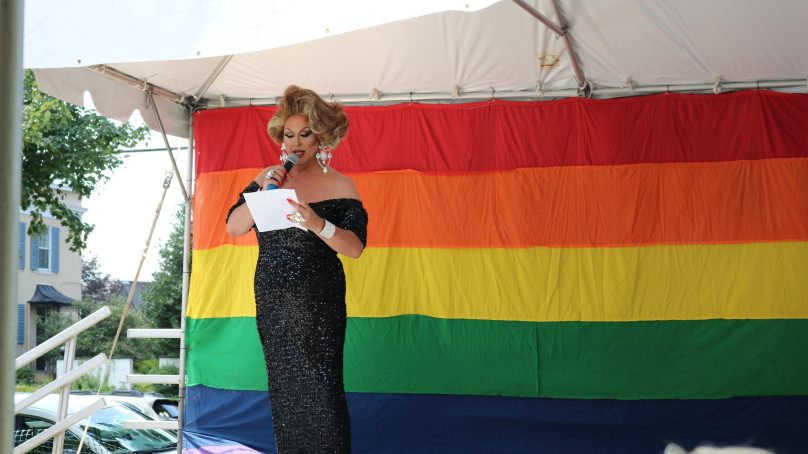 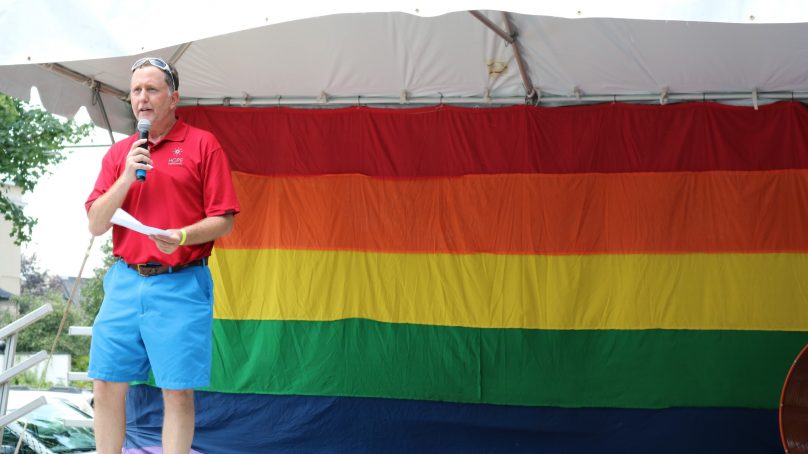 West Reading Mayor Andrew Kearney delivering a powerful speech about the importance of inclusion and acceptance in our communities. 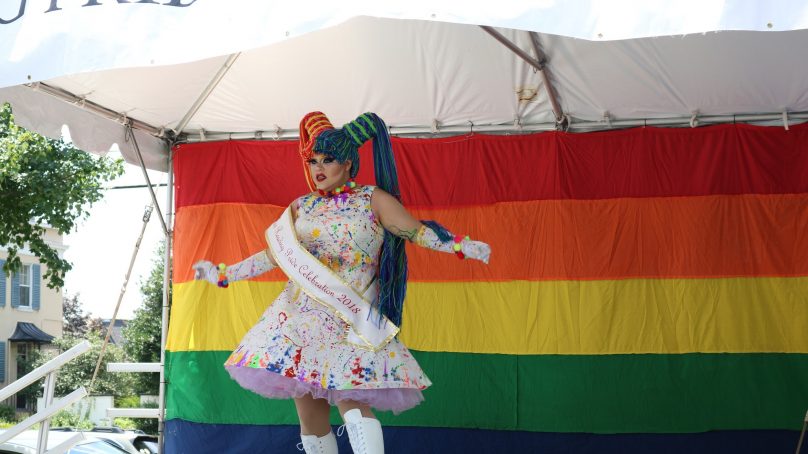