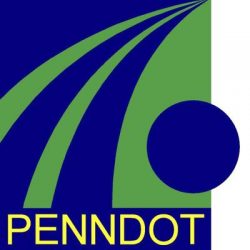 HARRISBURG – State Senators David Argall (R-29) and Judith L. Schwank (D-11) have announced that PennDOT Secretary Leslie Richards has agreed to their joint request to deploy automated speed enforcement units in work zones along Interstate 78 in Berks County when they become available this Fall. PennDOT is authorized to deploy automated speed enforcement systems in work zones through legislation jointly sponsored by Argall and Schwank, which became Act 86 of 2018.

In a joint letter sent to Secretary Richards in early July, the state senators asked PennDOT to consider deploying automated work zone speed enforcement units along I-78 in Berks County in response to serious accidents along the corridor.   According to the state senators, PennDOT recently agreed to their request to deploy on I-78 one of four automated work zone speed units initially available this Fall.

“While utilizing automated work zone speed enforcement will not solve all the issues on I-78, it will be an important new tool to encourage drivers to slow down and drive more carefully,” said Senator Argall. “This will protect construction workers and improve highway safety, especially with all the construction that is taking place now and will be in the coming months along the corridor.”

“The frequent serious accidents on I-78 are a source of great concern for all of us,” added Senator Schwank. “I am grateful that the Secretary agreed to our request to include I-78 in the initial deployment of these speed enforcement units. This represents one tangible step in improving safety and hopefully reducing accidents along 78.”

The state legislators also noted that they will continue to work together with PennDOT and other agencies to examine other ways of improving safety along Interstate 78 in Berks County, which has been the site of numerous serious and some fatal accidents in recent months.