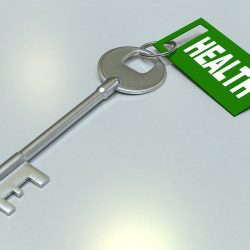 “Since its creation 54 years ago by President Johnson, Medicaid has had a direct and positive impact on the health of millions of Pennsylvanians for whom healthcare coverage would otherwise be unaffordable,” said Secretary Teresa Miller. “We are proud to mark today’s anniversary and the good work the people at DHS have done in implementing Medicaid and its expansion.”

Since 2015, about 1.4 million people – or one in 10 Pennsylvanians — have been covered at some point by Governor Tom Wolf’s expansion of Medicaid. As a result of Medicaid expansion, Pennsylvania has achieved its lowest uninsured rate on record and has reduced hospitals’ uncompensated care costs across the commonwealth by almost $330 million. Most importantly, Medicaid expansion has resulted in comprehensive healthcare access to more than 700,000 previously uninsured Pennsylvanians who now have the resources they need to focus on living a healthy, fulfilling life. In total, more than 2.8 million Pennsylvanians have access to healthcare through Medicaid.

The Wolf Administration remains committed to ensuring Medicaid remains accessible to any Pennsylvanian who may need it, including the 800,000 who could be negatively affected by Medicaid work requirements. One of DHS’ top priorities is increasing employment opportunities for those we serve, but work requirements are not an effective way of accomplishing this goal. Without meaningful workforce development supports and services, work requirements are just another obstacle to a higher quality of life. Tied to Medicaid, work requirements would achieve nothing but the denial of healthcare to people who need it.

“Our goal at DHS is to implement programs that empower Pennsylvanians to support themselves and their families,” said Secretary Miller. “Meeting a person’s health needs is one of the most important steps to helping them excel in education, training, and the workforce. The Wolf Administration is committed to the continued expansion of a healthcare system that advances services and supports to treat the whole person.”

For more information about Medicaid in Pennsylvania, click here.