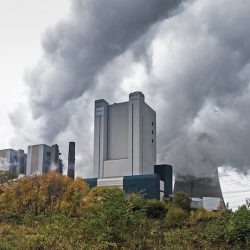 HARRISBURG, Pa. – The U.S. Environmental Protection Agency wants to roll back coal-ash regulations put in place four years ago to protect public health and the environment.

Coal ash contains a variety of toxic substances including arsenic, cadmium and chromium, and neurotoxins such as lead and lithium. It often is stored in piles several stories high, and has been used as a cheap substitute for soil to level construction sites.

According to Lisa Evans, senior counsel with the environmental law firm Earthjustice, the rule change requested by the coal industry would eliminate requirements for groundwater monitoring and dust control at coal-ash piles. It also would allow coal ash to be used as fill for building projects with few restrictions.

“An unlimited quantity of that coal ash can be used in a fill project,” she said, “placed on the land with no liners, no monitoring, no air controls – in any community in the United States.”

EPA Administrator Andrew Wheeler, a former coal-industry lobbyist, has said rule changes would save tens of millions of dollars in regulatory costs and make “beneficial use” of the ash waste. However, Evans pointed out that in 2015, the EPA acknowledged that coal ash used as fill was responsible for air and water pollution at almost two dozen sites, including three Superfund sites.

“Sites that are among the worst in the nation in terms of contamination of water,” she said, “and there are multiple sites where coal ash was placed down as fill, which ended up causing contamination and threatening the health of communities nearby.”

A recent study found that of 295 coal plants with monitoring data, 91% pollute the groundwater with toxic contaminants from coal ash.

The EPA is allowing only 60 days for public comments and a single public hearing in the Washington, D.C., area, despite requests for more. Evans urged the public to get involved.

“This represents a real threat to public health and the environment,” she said, “so we hope that we’ll see the public weighing in with letters to EPA at the end of the comment period, which should be some time in October.”

This is the second rollback of coal-ash regulations the EPA has proposed this month.

The EPA proposal is online at epa.gov, and more information is at earthjustice.org.