by County Commissioners Association of PA 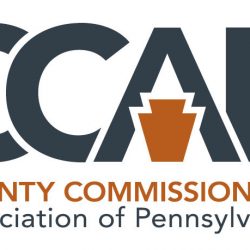 The County Commissioners Association of Pennsylvania (CCAP) has bestowed honors upon several Pennsylvania county leaders and others who have enhanced the well-being of counties and residents. The awards were given at the organization’s 2019 Annual Conference in Berks County.

CCAP’s Outstanding County Commissioner/Council Member of the Year Award was presented to Erie County’s Fiore Leone. Leone has held his council seat since 1978; the longest tenured county official in such a position. He has been instrumental in projects that continue to be critical to the health and well-being of his county’s residents and visitors. A few of those projects include construction of the county library, the county prison and the county 911 building; as well as the creation of the County Gaming Revenue Authority, the Convention Center and Convention Center Authority, and the Next Generation county radio system. Leone has served multiple times as Board of Commissioners chair, and on numerous other boards and authorities

CCAP’s Outstanding Chief Clerk/Administrator Award was presented to Warren County’s Pam Matve. Matve was honored for excelling in an ever-changing position, as well as invaluable support of programs related to courthouse reconstruction, information storage, workforce opportunities for persons with disabilities, and the county’s open records process.

The 2018 Outstanding Solicitor was given to Carbon County’s Daniel Miscavige, who was honored for his diligence and unmatched work ethic since his career began with the county in 1991. Recently, Miscavige shepherded his county through the protections and protocols of the new electronic age and was leading force in joining the northern and southern sections of the D&L Trail.

CCAP’s Affiliate of the Year Award was presented to the Pennsylvania Youth Advisory Board (YAB), which educates, advocates, and forms partnerships to create positive change in the child welfare system, including developing youth leaders to provide them with the ability and opportunity to effectively use their personal experiences to advocate for change. Receiving the award for the YAB were Bucks County’s Gabriella Latzko and Lehigh County’s Dustin Moore.

A 2019 Friend of County Government Award, the highest honor CCAP bestows on a non-member, was presented to the Local Government Commission’s Research Analyst Danette Magee. Magee has diligently worked on a wide range of assessment reform projects and been a frequent teacher for CCAP and the Assessors Association of Pennsylvania. A Friend of County Government Award also was presented to CCAP Executive Director Doug Hill for his positive impact on counties and their residents, as he prepares to retire after nearly 36 years of service with CCAP.

A CCAP 2019 Excellence in Website Design Award was given to Cumberland County’s Claremont Nursing and Rehabilitation Center, with the award accepted by the Center’s

County governments are responsible for a wide variety of critical issues, including provision of human services (i.e., mental health, intellectual disabilities, juvenile justice, children and youth, long-term care, drug and alcohol services, housing) to people in need in our communities. In addition, counties are responsible for emergency management and 911 services, administration of the courts and corrections system, elections, maintenance of county bridges, and the county property assessment rolls, and also are involved in environmental and land use planning, protection of open space and community and economic development.

The Association strengthens counties’ abilities to govern their own affairs and improve the well-being and quality of life for every Pennsylvania resident. It advocates for favorable state and federal legislation, programs and policies on behalf of counties. CCAP is committed to service excellence through education, information, insurance, technology and other programs that support effective county government. Founded in 1886, CCAP is an affiliate of the National Association of Counties. For more information about Pennsylvania counties and CCAP, log on to www.pacounties.org and visit CCAP’s Twitter page @PACountiesGR.