from City of Reading, Public Works 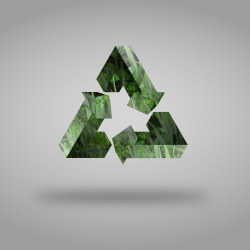 The City of Reading is offering new recycling carts to all residents with City curbside recycling. Residents can now ‘Opt-in’ to receive a new cart by phone or completing an online form. No action is needed if residents decide not to upgrade. Deliveries of the new carts will take place this fall. The City has already received dozens of requests for the new carts, and will begin promoting the program expansion on August 19th through its website, social media, and other channels.


The City is providing new recycling containers in order to improve quality and quantity of recyclables collected and reduce litter in neighborhoods throughout the city. The City is funding this program through the 902 Recycling grant, a Pennsylvania Department of Environmental Protection grant for recycling capital projects. Education will be provided with the new carts to help residents better sort their recyclables and understand the city’s many waste collection programs. This education is in addition to the thousands of youth and adults reached annually by the City’s existing education programs.


The new carts are larger, more durable, and come with an attached lid. This will help keep recycling dry and prevent it from blowing away during strong summer storms. The carts also come with wheels, which make the carts easy to roll out on collection day. The new carts will be available to all households enrolled in the City’s curbside recycling program. To sign up for a no-cost upgrade, residents can fill out the online form or call the Citizen’s service Center at 1-877-727-3234.


This expansion extends a pilot program launched last September to the entire city. The pilot included the 18th Ward, Glenside, Northmont, and a few smaller neighborhoods. Almost 3,700 recycling carts were delivered in small and large sizes. After several months trying their new carts, over 700 residents responded to a survey and indicated strong satisfaction with their new carts. Over 70% of respondents said the cart was easier to move and more than half saw a noticeable reduction of litter in their communities.


More detailed information about the carts is available on the City’s website at www.readingpa.gov/recyclingcarts.