New Campaign Combats the Stigma of Addiction in Berks County 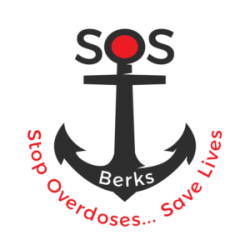 “Addiction doesn’t define me: Support Helps, Stigma Hurts.” Those are the words of a new community awareness campaign being kicked off this week by the SOS Berks Opioid Coalition in partnership with the Council on Chemical Abuse.

Beginning August 15, and running through the first week of November, the campaign aims to combat the stigma associated with addiction. The message drives home the point that harsh judgements can prevent people from seeking treatment for addiction, while words of support can be beneficial.

Ads and testimonials are specifically targeted to Berks County and will appear on local television and radio stations, as well as in print publications and online. All materials will direct people to educational information about stigma and to personal testimonials on the SOS Berks website at www.sosberks.com/addiction.

The personal video testimonials by Berks County residents are a key component of the campaign. They feature individuals who have struggled with addiction, or have had family members impacted by addiction and the associated stigma. The testimonials seek to demonstrate that addiction does not discriminate.

Furthermore, the testimonials add a personal face to addiction, in an effort to dispel the myths surrounding the negative stereotypes that often underlie stigmatizing attitudes.

“The voices of individuals and family members in the campaign testimonials are poignant reminders of how stigma can hurt, while support helps,” said Marcia Goodman-Hinnershitz, director of planning & resource development for the Council on Chemical Abuse. “As a caring community, we all share in the responsibility to listen to these messages and, through our words and our actions, commit to reducing the stigma of addiction.”

Addiction is recognized by the American Society of Addiction Medicine as “a primary, chronic disease of brain reward, motivation, memory and related circuitry.” However, it is often perceived as a moral or behavioral failing.

A survey of 426 Berks County residents found that virtually all respondents had some stigmatizing attitudes towards substance use disorders. Negative attitudes were particularly high surrounding issues of treatment and the overdose reversal medication naloxone. The testimonials provide insights into the effectiveness of treatment and the value of naloxone.

SOS Berks Opioid Coalition and the Council on Chemical Abuse received a grant from the Pennsylvania Commission on Crime and Delinquency to run the community awareness campaign to combat stigma in Berks County. Campaign ads and testimonials were developed with assistance from a committee of community members and MADJ Marketing.

While the campaign ads will end in November, SOS Berks plans to continue promoting an anti-stigmatizing message indefinitely by adding more testimonials to its website. Anyone interested in sharing a story on how stigma impacted them or a family member and how they overcame it is encouraged to visit www.sosberks.com/addiction to fill out a brief questionnaire.

SOS Berks Opioid Coalition is invested in providing the community with the needed assistance, support, resources, and education to raise awareness, stop the stigma, and end opioid overdose deaths in Berks County, PA.

About Council on the Chemical Abuse (COCA)

The Council on Chemical Abuse was formed in 1972 as a private, non-profit organization to address drug and alcohol use in Berks County. The Berks County Commissioners contract with the COCA as the Single County Authority for Berks County, PA. As the coordinating agency for publicly supported drug and alcohol programming in the county, COCA works with partners to provide an array of prevention, intervention, treatment and recovery services.