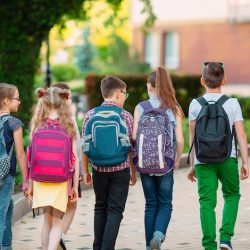 On Tuesday, the governor announced his plans to improve the financial accountability and academic performance of charters. According to Reynelle Brown Staley, policy director at the Education Law Center, many charter schools have failed to live up to their promise of improved services for students who may need more help to succeed.

The governor is directing the Department of Education to develop regulations targeting academic accountability and enrollment, and says he’ll propose funding-reform legislation in the fall.

Staley points out that the per-student costs of charters exceed the reduction of costs from lower enrollment in regular public schools, and says funding for online or “cyber charters” doesn’t reflect their lower operating expenses.

“Cyber charters, which operate without physical facilities, are still receiving the same amount of payment as a school that has to maintain a physical facility and provide all of the services associated with that,” says Staley.

Gov. Wolf says over the past ten years, the student population of charter schools has increased by 95%, but the tax dollars spent on them have increased 135%.

Past legislative attempts to fix the charter-school funding system haven’t passed, and the governor’s proposals are likely to face stiff opposition from the charter lobby. Staley says that makes regulatory reform by executive order especially important.

“There is a fair amount that the governor can do, and we’re happy to see that he is intending to use that rule-making and regulatory authority in ways that past administrations have not,” says Staley.

A recent study by the Education Law Center documented inequities between charter and traditional public schools in Philadelphia, problems Staley says have arisen in districts across the state.