PA Workers: A Year of Gains, but Still Struggling 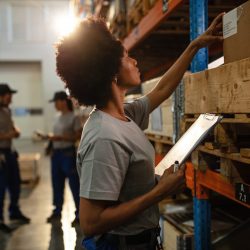 Adjusting for inflation, the median wage for African-American workers in Pennsylvania is lower now than it was in 1979.

HARRISBURG, Pa. – There were some real gains for working Pennsylvanians in the last year, but a new report shows there’s still a long way to go.

The State of Working Pennsylvania 2019 report said for the first time in almost 20 years, wages in the Commonwealth were up across the board by about 3% in 2018. But according to Stephen Herzenberg, executive director of the Keystone Research Center, the longer-term picture shows workers have made little real headway.

“If you look further back to the last peak of an economic expansion in 2007, the annual wage increases then are about half a percent a year, or a bit less,” Herzenberg said.

The full report can be found at KRC-PBPC.org.

Herzenberg pointed out that even the gains that have been made haven’t been shared equally. And, after adjusting for inflation, he said some workers are losing ground.

“African-American workers in Pennsylvania have experienced no recent increase in wages and now make less than they did in 1979 – and a lot less, compared to white workers, than they did 40 years ago,” he said.

He added the African-American median wage in Pennsylvania is fourth-lowest of the 24 states with reliable estimates.

The report indicated signs change may be possible. Herzenberg noted that last week, 181 CEOs published a statement embracing the idea that corporations do have obligations to employees, the community and customers, not shareholders alone.

“National business leaders have begun to acknowledge that most Americans are struggling, and, to quote the chair of the executive committee of the U.S. Chamber, ‘To save U.S. capitalism, we need to pay people more,'” Herzenberg said.

The first of the report’s four major recommendations is to raise Pennsylvania’s minimum wage.