A Resident Among Artists 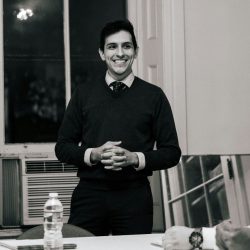 As a reporter for the local daily newspaper, I had written a number of articles about Reading nonprofit Barrio Alegria. I had come to know the eclectic group of artists as one of the most consistent, experimental and daring organizations in Berks County. This sentiment was amplified when I found out how many people involved were volunteers, simply wanting to have and share a space for artists of all types to create.

Barrio likes to identify itself as a “community transformation organization that utilizes the arts.” The idea of being a “community transformation organization” is pretty tall order, especially in a place like Berks with a reputation for fearing change and even more so in a place like Reading, which has been grasping for positive change for years.

After I left my job at the community newspaper, Barrio Executive Director Daniel Egusquiza asked me if I was interested in telling the group’s stories. I told him I would love to, and he began the process to find grant funding for the project.

While I am very comfortable in telling true, fictional and poetic stories, the project would be a new and exciting challenge for me. The stories he wanted to tell would be through the medium of video, something in which I had only limited experience. I was willing to grow professionally and Daniel was willing to push me to my limits. So, after teaming up and obtaining funding and material support from Berks Community Television and the state’s South Central PaARTners art program, the ball started rolling.

I filmed a good chunk of my mini-documentaries during rehearsals of Barrio’s “Where the Trees Walk” production. The play premiered July 27 as a free public performance on the Reading Public Library steps. In the play, a band of detained immigrant children who are separated from their parents gain help from mystical beings to escape their incarceration and free their parents. It is a subversive, radical and unique story that would touch people in Reading and beyond.

As I watched the artists participate in the play and other Barrio initiatives, it became impossible to ignore that each person possessed multiple talents. And beyond their talents, they also had fascinating stories of aspirations, growth and building a community — building a “barrio.” I knew I wouldn’t be able to tell these people’s entire stories in four-to-five-minute videos. But I knew if I kept filming in and outside rehearsals, I would capture at least the essence of who they are.

After collecting the bulk of my footage, I spent many mornings at the BCTV studio hunched over a laptop editing footage, trying to figure out why I ever agreed to become a filmmaker. After a couple dozen hours of familiarizing myself with the editing software, and a handful of hesitations and misstarts, I grew more comfortable and inspired in my role.

I didn’t have a set “one size fits all” formula for the videos. Instead, I tried to edit each video in a way that is reflective of the individual person. I adhered to the journalistic principles that have guided me through my entire career and applied my knowledge of storytelling to make these stories as real and colorful as possible.

Where I lacked in filmmaking experience and cutting edge, high-tech filming equipment, I made up for in dedication and a true love for the stories I was telling. I hope that love and profound respect for the artists I documented comes through in the videos. I am thankful for all of the support I received from BCTV, Barrio Alegria and South Central PaARTners.