Pennsylvania Has a Looming Retirement Crisis 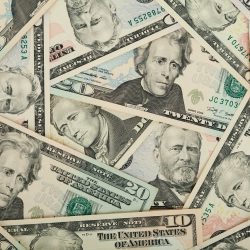 A changing twenty-first century economic landscape along with the generational shift away from pensions or “defined benefit” plans to 401(k)s or “defined contribution” plans–or no plan at all–has left too many Pennsylvanians behind. In this issue of Treasury Notes, we will present some underlying causes of our retirement crunch, and the stark consequences that will affect us all if Pennsylvania does not act.


For decades, many Americans could draw on all “three legs of the retirement stool:” retirement savings plans, pensions and Social Security. According to the Social Security Administration (SSA), the average worker can expect 40 percent of their earnings to be replaced by Social Security payments. That’s about half of what financial advisors recommend to maintain one’s pre-retirement standard of living.


Pensions’ share of our retirement pie is declining. In 1983, according to the Center for Retirement Research at Boston College, 62 percent of private sector workers with a retirement plan had a pension. This number declined to just 17 percent of workers by 2016.


While defined contribution plans have increased, they have not offset the decline in pensions leaving a gap in coverage for Pennsylvania workers. Depending on how various surveys treat the cash value of existing pension benefits, one-third to one-half of private sector American workers report having zero retirement savings. According to both Pew Charitable Trusts and AARP, about 44 percent of Pennsylvania workers ages 18 to 64–or 2.1 million people–in the private sector work for businesses that do not offer any retirement plan. To put this number into context, if 2.1 million Pennsylvanians banded together to form a new locality in our Commonwealth, it would result in a city larger in population than Philadelphia, Pittsburgh, Allentown, and Erie combined.


“You know, I would like to do that [offer retirement plan] for my people […] But I know we looked into this in the past. And the complexity of doing it as an organization on the side without resources is just—it’s overwhelming. You know, fiduciary responsibilities and all of those things that were mentioned today, it’s really hard for a small business. So options that are available now and in the future would be good for my business, to me.”
– Steve Rennekamp, owner-operator of the 15-employee business Energy Swing Windows, Task Force on Private Sector Retirement Security,  November 17, 2017


Small businesses face disproportionate burdens of cost, complexity, and potential legal liability when offering retirement plans.  A Pew analysis concluded that costs for a small business to offer a retirement plan can be four times higher than those available to a larger employer.  The Employee Retirement Income Security Act of 1974 or “ERISA” is a federal law originally passed to ensure pensions and other employer-sponsored benefits are properly funded and managed.  Chief Justice John Roberts in a 2010 case noted that ERISA “is an enormously complex and detailed statute….many ERISA matters….are exceedingly complicated.”  ERISA provides for damages, class-actions, as well as plaintiffs’ attorney fees in most cases.  ERISA also imposes fiduciary duties on plan managers, the highest legal duty available in the common law legal system.


The result? 71 percent of small employers in a recent Pew survey said that a retirement plan was simply too expensive to set up.  And, according to the Transamerica Center for Retirement Studies’ Survey, nearly three-quarters of employers that do not offer their workers a defined contribution plan are not likely to implement the option any time soon.

Econsult Solutions, at the request of Treasury, examined the Commonwealth’s broad demographic trends, current retirement savings, and any net fiscal impact on the state if nothing changes. The oldest baby boomers (born between 1946 and 1964) first reached 65 in 2011 and will continue to retire through 2029. The disproportionate share of boomers across the United States and the consequences of their retirement are difficult to understate. Per Econsult, “these demographic changes will be especially pronounced in Pennsylvania, which is currently the seventh oldest state in the nation…the near-retiree age groups from 50- 64…collectively represent 2.7 million residents…or 21 percent of the state’s population. Projections from the Pennsylvania Independent Fiscal Office (IFO) estimate that the population of residents age 65 and older will increase to 3.1 million by 2030, representing 23 percent of the state’s population.”


The nation’s muddled, incomplete transition to defined contribution plans coupled with Pennsylvania’s rapidly aging population, will impact the Commonwealth’s bottom line.  If we do nothing, Pennsylvanians’ collective lack of retirement savings will mean reduced economic activity, fewer jobs, and lost tax revenue.
It Will Also Mean More Demands on the State Budget

Workers retiring with scant to no savings will qualify for a slew of federally-mandated public benefits including food stamps, Medicaid, and other types of assistance. Econsult’s study further found that “in 2015, the state spent $4.2 billion in state assistance costs for elderly residents, more than half of which was for assistance for the 21 percent of the population with $20,000 or less in household income. State assistance costs would have been $702 million less if elderly households had sufficient retirement savings. In 2030, the state would spend $1.1 billion less if elderly households had sufficient savings.” In other words, our poorly designed retirement system will add a cumulative $14.3 billion in assistance costs to the already strained state budget over a 15 year period.

In 2017, we created the Pennsylvania Treasury Task Force for Private Sector Retirement Security–a bipartisan group of policymakers, experts, and other stakeholders–to not only gather information on the state of the crisis, but to find solutions. I look forward to the next Treasury Note to discuss our proposal for the Commonwealth: a scaled, automated retirement account or “auto-IRA.