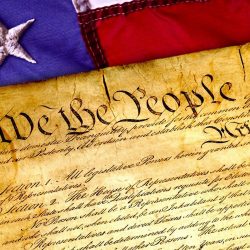 Reading, PA – On Constitution Day, Attorney Donald F. Smith Jr. Esq., will provide a background on the First Amendment guarantee of free speech and apply it to the 2017 case of Commonwealth v. Carter. “First Amendment: Is Encouraging Suicide Protected Speech?” will be held Sept. 17, at 7 p.m., in Albright College’s Center for the Arts Klein Lecture Hall. This event is free and open to the public.

In the case of Commonwealth v. Carter, June 2017, 20-year-old defendant, Michelle Carter, was convicted of involuntary manslaughter for encouraging her then-boyfriend, Conrad Roy III, to commit suicide, by communicating with him via text messages. The case sparked a series of media articles, an HBO documentary, and is expected to become true-crime drama series.

Presenter Donald F. Smith Jr., Esq. recently retired as executive director of the Berks County Bar Association and the Law Foundation of Berks County. Before beginning those duties in 2009, he practiced personal injury law with the Reading, Pa., law firm of Liever, Hyman & Potter, P.C. for more than 28 years.