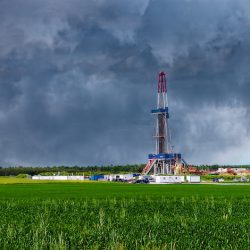 Methane, the main ingredient in natural gas, accounts for an estimated 25% of the global warming now taking place.

HARRISBURG, Pa. – State senators and representatives from both major parties joined environmental groups in Harrisburg on Tuesday in urging Gov. Tom Wolf to move immediately on new rules to cut methane emissions in the Commonwealth.

“The department has been working on this for some time,” he said, “but until the department puts it out for public comment and issues it as a final regulation, we need to keep moving the process forward.”

A recent analysis by the Environmental Defense Fund found that the oil and gas industry in Pennsylvania is emitting 520,000 tons of methane every year. Methane, the main ingredient in natural gas, accounts for 25% of current global warming.

“Pennsylvania is the number two producer of natural gas in the country,” he said, “and if the federal government’s not going to lead on this issue, then it’s incumbent on the states to do so.”

He added that cutting methane emissions also will be critical to meeting the commitments in the governor’s executive order on climate issued in January.

Walliser said opening the comment period on DEP’s draft regulations would let the department get input from the industry, the public and environmental groups to improve the final rule.

“There are a few areas we would like to see them strengthen to make sure that they are addressing all the potential sources of methane emissions,” he said.

Legislators at Tuesday’s gathering emphasized that with the EPA withdrawing from the fight against climate change, it’s up to Pennsylvania and other states to take the lead.