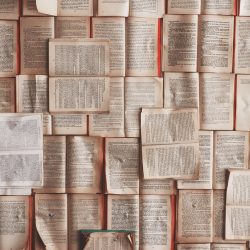 The Wyomissing Public Library will offer a film and a program in recognition of Banned Books Week on September 23rd and Sept. 24th at the library, 9 Reading Boulevard in Wyomissing. Both are free and open to the public. The theme of this year’s week, which is celebrated around the world, is “”Keep the Lights On – Censorship Leaves Us in the Dark.”

On Monday, September 23rd the library will show the 2015 film, “Trumbo” beginning at 5:45 PM. The film tells the story of writer Dalton Trumbo, one of Hollywood’s top screenwriters. Trumbo, was one of the Hollywood Ten, a group who refused to testify before the US House Un-American Affairs Committee in the 1950’s; he was blacklisted and spent 11 months in prison.

In recognition of Banned Books Week (Sept. 22-28), Mary Jane Androne, Ph.D., Professor Emeritus of Albright College’s English Department, will lead a discussion about books that have been banned in the United States, and why, and the broader question of censorship and the right to read.

Books that have been banned will be on display in the library and available for circulation.