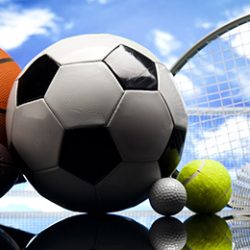 On September 7th, 2019, the Alvernia Women’s Soccer Team participated in volunteer work for the local Baseball Dream League. This association puts players with a variety of mental and physical disabilities on teams of similar age groups. It allows them to interact with each other, creating bonds, and enjoy the sport in a safe, accessible environment.

Each player on the AUWS team matched up with one of the baseball players. Referred to as “the angels”, the soccer girls protect their players from big hits and guide them with fielding, batting, and running the bases. The games start with the Star-Spangled Banner and are two innings long, lasting about an hour each. Every player gets a chance to bat each inning. Their names are announced before stepping up to the plate and the game is commentated throughout the innings, making the players feel special and professional. The games always end with a tie and lots of smiling faces.

At school, we are always encouraged to get involved. This is a great opportunity for kids, even adults with disabilities to become a part of something. A team sport is more than just learning how to hit a baseball, kick a soccer ball, or spike a volleyball. Paige Maslen from Edutopia says, “Physical activity naturally increases blood flow to the brain and activates endorphins, chemicals that are released when you exercise. Endorphins can impact your mood and work performance, meaning athletes may be more willing and capable of tackling that next big problem. Looking at the performance of students in grades 9 to 12 showed that more than 97% of student-athletes graduated high school, 10% higher than those students who had never participated in sports.”

This shows that team sports can help you academically. They can also help you socially. Communication and teamwork are required during a game in order to be successful. At Dream League, communication is often in the form of positive reinforcement. If a child can’t hit the ball the first time, they are encouraged to try again until they succeed. When they do hit the ball, outfielders and infielders have to work together to get an out.

In just a few short hours, friendships were made between the players and their “angels”. AUWS even got a team picture featuring one of the girls from the game. Dream League has so many benefits and opportunities for people with disabilities. Don’t miss a chance to volunteer and become a part of something great.