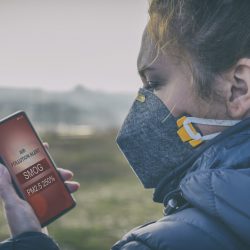 HARRISBURG, Pa. – Pennsylvania has joined more than 20 other states in a lawsuit challenging the Trump administration’s revocation of California’s right to set tougher auto-emission standards. California has been setting higher vehicle emissions standards since the 1970s.

Thirteen other states, including Pennsylvania, follow California’s lead. The American Lung Association gives a dozen counties in the Keystone State a failing grade for the number of high ozone days putting children, the elderly and those with respiratory problems at risk.

“Considering the population concentrations in Pennsylvania as well as California, it’s essential that each state have some control over the air-quality standards that their citizens have to live with,” Hahn said.

The administration has said raising the emission standards will make cars more expensive, and that will encourage people to drive older, dirtier cars.

But Paul Billings, national senior vice president for public policy at the American Lung Association, said raising fuel-efficiency standards actually saves consumers money in addition to improving air quality. And rolling back those standards would do just the opposite.

“So we’re going to have vehicles that create more greenhouse-gas pollution, don’t go as far on a tank of gas, and that will mean that more money comes out of families’ pockets for their monthly transportation costs,” Billings said.

California wants to raise gas mileage to 50 miles per gallon by 2025, but the president wants to freeze mileage standards at the 2020 level of 37 mpg.

Transportation is the biggest source of greenhouse gas. Hahn is a member of a national coalition of Climate Mayors committed to fighting climate change. He noted that Pennsylvania already is experiencing the negative impacts of global warming.

“We’re all feeling the effects in terms of warmer temperatures, in terms of greater storms that we here in Central Pennsylvania have generally been unfamiliar with” Hahn said.

The revocation of California’s waiver allowing it to set higher standards would go into effect 60 days after it is published in the federal register.