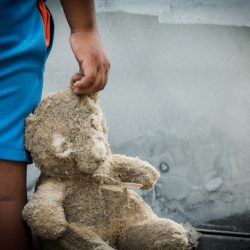 In Pennsylvania, 42% of African-American children live in concentrated poverty, compared with 28% nationally.

Kelly Hoffman, vice president for data and strategy at the Pennsylvania Partnership for Children, said those kids are more likely to have low incomes when they become adults than their peers who grow up in areas with good schools and good jobs.

“They also tend to lack access to healthy food and quality medical care, and they often face greater exposure to environmental hazards such as poor air quality and lead,” Hoffman said.

The report from the Annie E. Casey Foundation defined concentrated poverty as areas where 30% or more of residents live below the poverty line.

Nationally, 29 states and the District of Columbia showed some improvement. But Scot Spencer, associate state director of advocacy with the Annie E. Casey Foundation, said that leaves 12% of the nation’s children still living in poor areas.

“No children should be living in neighborhoods of concentrated poverty,” Spencer said. “The fact that we still have 8.5 million children after multiple years of economic expansion and growth should not be a satisfactory solution for anyone in the United States.”

Hoffman said additional steps can be taken to ensure all children get the opportunities they are entitled to.

“Every child needs to be counted in the 2020 census so that communities can draw down the appropriate amount of federal dollars to support children within those communities,” Hoffman said. “And policymakers really need to ensure that all children receive a high-quality public education.”

She added Pennsylvania continues to have the widest funding gap between wealthy and poor school districts of any state in the nation.