Pokémon Go: The Mobile Game for All Ages at the Reading Museum 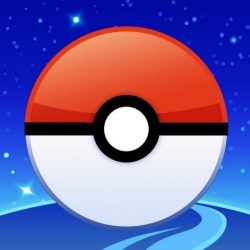 Who knew a game that came out over three years ago would still be so popular with all age groups? Pokémon Go is a mobile game that allows you to catch all different types of Pokémon from many different regions which are inspired by the Gameboy games, DS games, card game, and the Pokémon anime. With so much more content still available in the game and with so much more great content to come there is no reason to wonder why so many people of all ages still play this game.

I am a college student at Alvernia University and as an active player of Pokémon Go, I go to the Reading Museum pretty much every day or every other day when I have some free leisure time. The one thing I have noticed from walking around there for the past couple of months is the age difference between all the players who go to the museum to play Pokémon Go. You see so many different ages walking around from little kids, to high school and college students, to mothers and fathers pushing around strollers, and even senior citizens all walking around enjoying playing the game.

In the game, there are raids which are battles in gyms that trainers work together to take down certain raid Pokémon. Every so often there are raid hours that happen in the game and these raid hours are held around the world depending on your time zone. When you see the group of close to 100 people that forms just a couple minutes before every raid hour you just look around and see the age range of players and you get a sense of community between all of the players playing together.

I asked a player named Carl (39) who frequently participate in these raid hours when the raid hour is about to start what his thoughts are when he looks around and sees so many different types of people playing the game? Carl says “I’ve got people to help me and it should be easy to beat. It’s also weird to see so many different people of different ages playing the game from little too big. Just the other day I saw a little kid in a stroller with a huge tablet playing the game. It’s also people who don’t even know what Pokémon is and are still playing it even though they don’t know the history behind it”.

Pokémon Go is not just about the gameplay or the entertainment but it about the exercise you get from playing the game. It gets players out of the house and walking around getting exercise. When I asked another player named Alicia (35) at the museum, “do you think people would be out walking around at the museum as much if it were not for Pokémon Go?” Alicia says “I personally would not be here that often if it weren’t for Pokémon Go. I live about a half hour away and I don’t know if it I would be out at the museum walking around if wasn’t for this game and I’m not sure if other players would be either.”

When I walk around the museum and look at the players I see a sense of community. When a community comes together for something it just makes you feel happy to be a part of it. When you look around at the different players you see so many things from players passing on knowledge to others, players making new friends, players sharing their amazing Pokémon and players just having a fun time playing the game they all love.

I asked two younger players named Hannah (10) and Hailey (8) what it feels like to be part of the Pokémon community and their response is heartwarming. Hannah and Hailey both say “It’s fun!! It’s cool!! and It’s great!! It’s neat to go to different places and making new friends and meeting old friends that we made.” Their mom (who was also playing the game) asked “What’s the best part about playing?” “Catching new Pokémon!!!” Hannah said excitedly.