by Administrative Office of Pennsylvania Courts 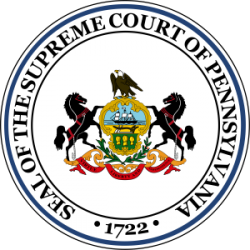 HARRISBURG — Pennsylvania Courts has released Pennsylvania Justice – Understanding the Courts, a fast-paced, animated video that describes the role and work of the courts.

“Facilitating access to justice and protecting the rights and liberties of individuals is the highest priority of Pennsylvania’s courts,” said Court Administrator of Pennsylvania Tom Darr. “The video serves as a refresher on the role and structure of the courts, while enhancing the civics and government curriculum taught to secondary-education students across Pennsylvania.”

Developed and produced by the Administrative Office of Pennsylvania Courts, the four-minute video is aimed at a broad audience including high-school students, potential jurors or anyone looking for a greater understanding of the Pennsylvania judiciary.

The video details the role of the courts in a democracy, the structure of the Pennsylvania court system including jury service and how various types of cases advance through the system.

Using animated graphics and case examples, the video highlights each level of Pennsylvania’s court system including:

The video simplifies the seemingly intricate organization of Pennsylvania’s judiciary and its appeals process.

Watch the video now, interact with us on social media or visit pacourts.us.