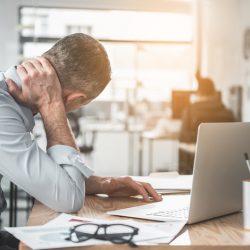 The operator of a job placement company that deceived consumers with false promises of access to high-paying finance jobs and resume repair services for non-existent jobs will be permanently banned from providing employment services under the terms of a settlement with the Federal Trade Commission.

In February 2019, a federal court halted the scheme at the request of the FTC and froze the assets of Worldwide Executive Job Search Solutions and PrivateEquityHeadhunters.com, along with those of Craig N. Chrest, who ran the companies.

In its complaint, the FTC alleged that the defendants violated the FTC Act and the Telemarketing Sales Rule (TSR) when they sent consumers unsolicited messages through social media and professional networking sites like LinkedIn, falsely claiming to have relationships with private equity and venture capital firms and offering consumers the opportunity to interview for unadvertised, highly-paid executive positions with the firms.

“This settlement puts an end to a scam that tricked consumers into paying thousands of dollars to line up fake job interviews,” said Andrew Smith, director of the FTC’s Bureau of Consumer Protection. “If a recruiter asks you to pay for access to job listings or interviews, you should be on your guard. Research the firm, or ask someone you trust, to make sure the recruiter has a track record in the industry.”

The complaint alleged that the defendants charged recruiting fees of up to $2,500 to set up bogus interviews. At times, consumers were required to purchase resume repair services for an additional fee to be considered for the fictitious jobs. The FTC further contended that the defendants made numerous false claims about the effectiveness of their services, including that consumers who used the services had 100 percent interview rates and 86-90 percent placement rates.

Under the terms of the settlement with the FTC, the defendants will be permanently banned from selling employment-related services to consumers, including job placement, resume repair, or arranging interviews. The defendants will also be prohibited from making material misrepresentations about any product or service, from actions that limit a consumer’s ability to submit reviews of a company online in violation of the Consumer Review Fairness Act, and further violations of the Telemarketing Sales Rule.

In addition, the settlement imposes a judgment of $1,744,422, of which all but $18,000 is suspended due to the defendants’ inability to pay. Should the defendants fail to pay the $18,000 judgment or be found to have misrepresented their financial status, the judgment would become payable in full.

The Commission vote approving the stipulated final order was 5-0. The FTC filed the proposed order in the U.S. District Court for the Southern District of Texas.

NOTE: Stipulated final orders or injunctions, etc. have the force of law when approved and signed by the District Court judge.