by The Jewish Federation of Reading/Berks 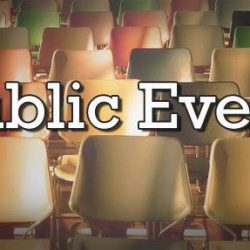 Ambassador Ido Aharoni serves as a global distinguished professor at New York University’s School of International Relations in the Faculty of Arts and Sciences. Ambassador Aharoni is a 25-year veteran of Israel’s Foreign service, a public diplomacy specialist, founder of the Brand Israel program and a well-known nation branding practitioner. Ambassador Aharoni, who served as Israel’s longest serving consul-general in New York and the tristate area for six years, oversaw the operations of Israel’s largest diplomatic mission worldwide.

He has been recognized for his contribution to the field of public diplomacy from national Jewish organizations and other social-impact charities. He is the Founder of two annual public diplomacy conferences: BTC (Broadening the Conversation 2011-2014) and the Beyond Conference (2015 to present.) In 2015, he was awarded Honorary Governor by Tel Aviv University. In 2013, The Algemeiner named him among the ‘Top 100 People Positively Influencing Jewish Life,’ commonly known as the “Jewish 100.”

Ambassador Aharoni’s discussion is open to the general public and we welcome people of all faiths and ages to attend this event.