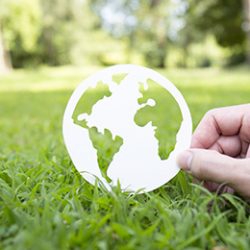 “We have seen significant improvements in the air and water quality in Berks and Schuylkill County over the years, but we can do much more.  When I kicked a ball into the Little Schuylkill River in Tamaqua as a fifth grader, we were not allowed to retrieve it because the river ran black and orange and the smell was awful.  Today the water is clear and people fish and kayak in in that very location.  That’s real progress,” Argall noted.

Several of the people offering expert testimony at the public workshop noted the importance of further public input and legislative review of the Governor’s recently-proposed Regional Greenhouse Gas Initiative executive order.  Chairman Argall summarized their testimony in this way:  “What we have learned today is that if we agree to the Governor’s proposed RGGI proposal without any amendments, it could cost Pennsylvania thousands of good-paying local jobs without providing major benefits to the state’s environment.  If we can amend the proposal to make it more acceptable to Pennsylvania’s unique energy needs, this could present a successful bipartisan agreement which will benefit all of us, as well as our grandchildren and our grandchildren’s grandchildren, in the future.  This is a critical issue and we have to review all the details so that we make the right decisions.  The Governor should not move ahead on this issue without review by the public and the House and the Senate.”