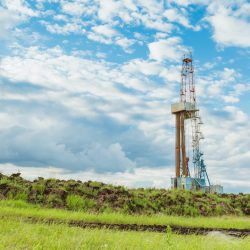 As a greenhouse gas, methane is 80 times more powerful in the near term than carbon dioxide.

HARRISBURG, Pa. – The Environmental Protection Agency wants to roll back regulations for controlling methane emissions from the oil and gas industry, but clean-air advocates say that’s going in the wrong direction.

Yesterday in Dallas, Texas, the EPA held its only hearing on a proposal to loosen regulations designed to curb emissions of the potent greenhouse gas. Pennsylvania is the second-largest producer of methane in the country.

Patrice Tomcik, project manager with Moms Clean Air Force, says methane is responsible for 25% of the climate change already taking place around the world, and in the Commonwealth.

“Families are experiencing increasing flooding and drought and the air is degrading also, because of this,” says Tomcik.

The Trump administration says rolling back methane emission regulations will save the oil and gas industry million of dollars a year in compliance costs. The EPA takes public comments until Nov. 25.

When oil and gas facilities leak, Tomcik says methane isn’t the only pollutant that escapes. Others include chemicals like benzene and toluene that can have serious health impacts.

“Things like cancer, neurological issues, blood disorders, and even adverse birth outcomes,” says Tomcik. “So, this is really a rule that is needed to protect the health and well-being of children, families, communities.”

She adds that those who live closest to facilities like gas wells and compressor stations are at greatest risk of respiratory ailments like asthma and other health consequences.

Last year, Pennsylvania’s Department of Environmental Protection released tighter emission regulations for new and modified gas and oil facilities. But Tomcik notes that with the lack of federal leadership, the state needs to do more.

“Governor Wolf needs to step up and directly regulate methane for all of the hundreds and thousands of existing oil and gas facilities to protect our communities,” says Tomcik.