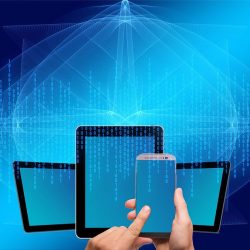 Lights, camera, iPhone. Another year another iPhone, well this year three new iPhones to be exact. On September 10th Apple had their annual Keynote presentation on the devices they plan on releasing this year. They announced the iPhone 11, iPhone 11 pro and the iPhone 11 pro max. Wow, what a mouthful. At this event, Apple also announced a new Apple Watch, replacing last year’s series 4 Apple watch. Another device Apple also announced was the iPad 9.7-inch refresh, which now has a larger 10.2-inch display.

The new iPhone 11 starts at $699 for the base 64 GB model. Apple also offers the device in larger sizes, including 128GB and 256GB. The iPhone 11 comes in an extensive variety finishes including white, black, purple, green, yellow, and red. The phone features Apples liquid retina LCD that measures 6.1 inches diagonally. The device also has an IP68 rating which means it can be submerged underwater for 30 mins at a maximum of 2 meters.

What stole the show this year was Apple’s focus on the new camera system. iPhone 11 features a unique dual-camera system that allows you to snap a shot from wide to ultrawide. According to the Apple website, “The new wide sensor has 100 percent focus pixels for up to three times faster autofocus in low light. This new camera system also allows you to take videos at 4k resolution at 60 frames per seconds. Night mode is another new feature that allows you to take photos in lower light situations. According to Apple, “colors are more natural, and photos are brighter.”

Apple also claims that this iPhone has the toughest glass on any smartphone, and that this device has all-day battery life because the software and battery work so cohesively. So, while the battery did not increase in size, Apple has made better software optimizations that consume less power.

The iPhone 11 pro and the iPhone 11 pro max start at $999 and $1099 respectively. These new devices also come in a variety of finishes, including Gold, space grey, silver, and Apples new midnight green. The max is the large version of the phones with a screen size of 6.5 inches. The Pro has a screen size of 5.8. The phones come in a 64GB model, 256Gb and 512GB. Similar to the iPhone 11, these devices also offer a new camera system. This time around, Apple has introduced a triple camera system. The three cameras are as follows ultrawide, wide and telephoto.

According to Apple, “the new ultrawide camera captures four times more scene that ever. Bring on those mountain ranges, soaring cathedrals, and iconic skylines.” Apple also states this device has a new Smart HDR system that used machine learning to recognize faces in your shot and intelligently relight them automatically. Another feature Apple released was the ‘slofie’. This is a slow-motion selfie. The new front face camera allows you to record video in slow motion at 120 frames per seconds, that’s why Apple is calling it a ‘slofie’. These pro phones also have pro displays. Apple claims this is the sharpest, brightest iPhone display ever. These iPhones are the fastest Apple has ever made and they were released on September 20th. Pre orders went live on September 13th.