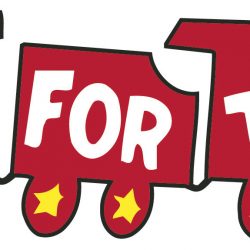 Event Benefits Toys for Tots and Children’s Home of Reading

Proceeds from the event will benefit the United States Marine Corps Reserve Toys for Tots Program and The Children’s Home of Reading. Guests will be admitted to the holiday event by presenting a new, unwrapped toy of any value or by making a monetary donation that will be used to purchase additional toys for children.

Attendees who donate to the cause will also be treated to a free hot dog and drink, and enjoy live music in the VIST Bank plaza. Santa Claus will be on hand for photos from noon to 2 p.m.

The Steve Moyer Subaru Fightin Phils Team Store will be open during the event from 11 a.m. to 2 p.m. Everything in the store will be 20% off, with some merchandise discounted up to 50%.

Motorcycle registration for the Toy Run will begin at 9 a.m. at Classic Harley-Davidson. Santa Claus will lead the ride as it departs from Classic Harley-Davidson on Route 183 at 11 a.m. and follows a 25-mile course before arriving at America’s Classic Ballpark at approximately noon. All motorcycles, Jeeps, and classic cars are welcome to participate in the Eastern PA Toy Run with a donation of an unwrapped toy.

The Eastern PA Toy Run began in 2007 after the Berks County Toys for Tots motorcycle run was nearly cancelled due to the deployment of the Marine Corps Reserve Unit. Multiple motorcycle runs combined and teamed with the Fightin Phils in order to continue benefitting Toys for Tots in Berks and Lebanon counties as well as The Children’s Home of Reading.

America’s Classic Ballpark is proud to be a part of Pennsylvania’s Americana Region and was voted the #1 stadium in all of Double-A by MiLB’s Ben Hill. Follow the Fightins on Twitter at @ReadingFightins and like them on Facebook via www.facebook.com/fightins.