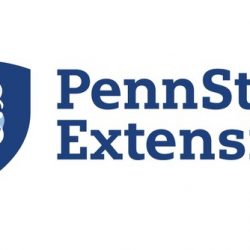 “We are delighted to be on the forefront of research, education and outreach efforts to our valued partners in the Latinx community,” said Carolee Bull, professor and head of the Department of Plant Pathology and Environmental Microbiology in the College of Agricultural Sciences, who is among those leading the initiative.

“Our goal is to help Latinx growers achieve quality agricultural production, experience satisfaction in their workplaces, and enjoy a high quality of life.”

According to the 2017 U.S. Census of Agriculture, the number of Latinx principal operators in the country now stands at 90,344, up from 67,000, the figure reported in the 2012 census. That increase, paired with the lack of English understanding among many farmworkers, points to an unmet demand for bilingual agricultural education, according to Maria Gorgo-Gourovitch, horticulture extension educator based in Chester County.

“Trainings are most effective when language, cultural, economic and social factors of the audience are considered,” Gorgo-Gourovitch said. “When all these factors are taken into consideration, you can tell the audience and presenters feel comfortable and share a sense of community. You can see the interactive conversations and feel the energy of engagement.”

The group will build strategically on Penn State Extension’s history of outreach to the Latinx community, spearheaded by Gorgo-Gourovitch, extension educators Tara Baugher and Lee Stivers, and Professor of Horticultural Systems Management Elsa Sanchez, among others. Programs include bilingual workshops, online education and fact sheets on topics such as farm safety, good agricultural practices and the federal Food Safety and Modernization Act.

In addition, extension has provided bilingual sessions at the annual Mid-Atlantic Fruit and Vegetable Growers Convention for the past 10 years and created a program to assist beginning farmers in Pennsylvania, with an emphasis on women and Hispanic and Latino farmers.

Since 2017, members have made progress in analyzing service gaps and in identifying others at the University who are interested and have the skillset for supporting the group’s objectives. They also have been meeting with and surveying the needs of the Latinx agricultural community.

“Ilse and I recognize that there are many dedicated people working independently at Penn State to serve the Latinx community,” said Rosenthal, who was born in Colombia and raised in the U.S. “We saw the need to connect these individuals and to develop a plan that strategizes our engagement with the rapidly increasing Latinx population in Pennsylvania.”

At a recent strategic retreat, the team was joined by more than 50 extension educators, faculty, students and Latinx leaders. In addition to developing an organizational structure and forming an ad hoc advisory committee of Latinx leaders, those attending took part in sessions that examined the role of the Latinx community in Pennsylvania agriculture, evaluated programming in other states as a benchmarking effort, and discussed extension and Latinx interactions.

They prioritized research and extension projects, began the groundwork for a formal strategic plan, and agreed to organize a multistate conference focusing on extension needs of Latinx farmers. The group plans to reconvene later this fall to review progress on its goals.

“It was encouraging to see so many interested people at the strategic planning meeting and how they engaged in meaningful conversations that led to specific action items,” said Huerta, whose family operates a farm in Mexico. “There is definitely an interest in establishing a sustainable connection through extension, research and education between Penn State and the agricultural Latinx community in Pennsylvania, and we are moving in the right direction.”

In addition to Bull, Gorgo-Gourovitch, Sanchez and the graduate students, featured speakers at the retreat included Patreese Ingram, assistant dean for multicultural affairs for the college, and Brent Hales, director of Penn State Extension and associate dean, College of Agricultural Sciences.

The initiative is funded by two Penn State Extension Impact Awards, a USDA Specialty Crop Block Grant, and a PA IPM Program grant, in addition to support from the Department of Plant Pathology and Environmental Microbiology and the college’s Office of Multicultural Affairs. Huerta and Rosenthal are optimistic that the coalition’s coordinated objectives and outcomes will receive further financial support.