Film With Local Connection Next in Reading Jewish Film Series 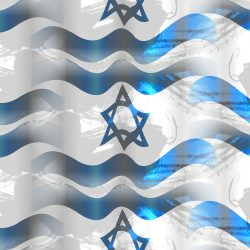 Wyomissing, PA — The Jewish Federation of Reading announces COJOT, the second film of the sixth annual Reading Jewish Film Series, will screen on Sunday, November 10, at 3pm at Fox Berkshire (800 Berkshire Blvd., Wyomissing).  The Reading Jewish Film Series is co-sponsored by the Rubin Educational Fund of the Jewish Federation of Reading and Fox Theatres. Admission is $8 per film or $6 per film for JCC members.

COJOT is a documentary that tells the virtually unknown story of a Holocaust survivor who set out to kill his father’s Nazi executioner and ended up playing a key role in one of history’s most daring rescue operations, Operation Entebbe. It runs 85 minutes.

Admission is $8 per film ($6 for JCC members).  All films will be shown at Fox Berkshire (800 Berkshire Blvd., Wyomissing). Tickets can be purchased at the theater box office, kiosks, or online at www.foxshowtimes.com. All seats are reserved heated recliners, and seat selection takes places at the time of purchase.