The Two Extremes of Fatherhood 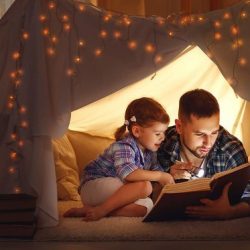 “Solo” Dads and “Absent” Dads Not as Different as They Seem

These two types of fathers may seem like polar opposites. Yet, they have many characteristics in common.

In many ways, “solo” and “absent” dads seem to be more similar than different, at least when compared to the full population of fathers of minor children.

More than a quarter of the 121 million men in the United States are biological fathers of at least one child under the age of 18.

Additionally, there are 1.8 million men who are “solo” fathers to a minor child who live with that child and are not living with a spouse or partner.

“Solo” dads and “absent” dads both differ from the larger group of roughly 34 million fathers who have at least one child under the age of 18.

For example, they’re both more likely to have never married and to be living with their own parents.

This analysis is based on data from the Survey of Income and Program Participation, which collects detailed information about U.S. families’ economic well-being as well as complete fertility histories for all adults.

What Solo Dads and Absent Dads Have in Common

In many ways, “solo” and “absent” dads seem to be more similar than different, at least when compared to the full population of fathers of minor children.

For example, about 30% of both “solo” and “absent” dads never married, compared to roughly 14% of all fathers of minor children (see Figure 1).

Some of this may be explained by the diversity of ways that men approach fathering, diversity that is evident even within these small groups.

Additionally, about a quarter of both “absent” and “solo” dads had children with more than one woman, compared to 16% of all fathers of minor children.

These statistics suggest that both groups of so-called “extreme dads” are more likely than average dads with young children to have had kids with multiple women, not to be married when they have them and to rely on their own parents for support.

There are also some ways in which these fathers at the extremes differ from each other and from all dads.

For example, about 5% of “solo” and 7% of “absent” dads were married but their spouse lives somewhere else. In contrast, less than 2% of all dads of minor children were married to an absent spouse (see Figure 1).

This suggests that at least some dads may be “solo” or “absent” due to circumstances beyond their control. “Solo” dads may include men caring for their children while their spouse is deployed with the military, for example.

Additionally, 12% of “solo” fathers lived in the same household with a spouse or partner at some point during the year before the survey.

Still, there are key differences between them and all fathers of minor children. Among them:

These differences paint a complex picture of the opposite ends of the fatherhood spectrum.

The overlap of previously co-resident spouses, partners and children suggests these groups are neither static nor mutually exclusive over time.

How much of this overlap is due to temporary turbulence in the lives of fathers of young children is not evident from the data but statistics suggest “solo” and “absent” fathers are not as different from each other as they seem.

Statistics from surveys are subject to sampling and nonsampling error. Further information on the source of the data and accuracy of the estimates, including standard errors and confidence intervals, can be found here.

All comparative statements presented here have undergone statistical testing, and, unless otherwise noted, all comparisons are statistically significant at the 10% significance level. Additional information about the populations discussed here can be found in Supplementary Table 1, “Diverging Dads: Father-only families versus Fathers living apart from children.”  For more information about men’s fertility and fatherhood, see the recently released Men’s Fertility Report.

Lindsay M. Monte is a family demographer in the Census Bureau’s Fertility and Family Statistics Branch.