Berk Sinfonietta presents “The Birth of the Symphony” 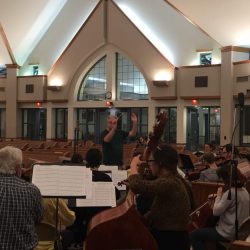 Berks Sinfonietta continues its sixth season with “The Birth of the Symphony,” an exploration of the composers and influences that led to the most important musical genre of the Classical period. The concert begins with Symphony in A Major by Sammartini. Giovanni Battista Sammartini, Sammartini (1700/01- 1775) spent most of his life in Milan, serving as an organist in several churches there; he first gained fame as a composer of sacred music, but today he is better known as one of the first composers to move the “Sinfonia” played before an opera into the concert hall to stand on its own. As his music became known in Europe, several students traveled to Milan to study with Sammartini, the most famous being Christoph Gluck.

Johann Stamitz followed in his father’s footsteps, becoming concertmaster of the Mannheim orchestra in 1745. Under his leadership the orchestra became the finest in Europe, and later composers, including Haydn and Mozart, adopted compositional techniques that Stamitz used in the symphonies he wrote for the Mannheimers. His Symphony in E-flat, one of his earlier works, is in three movements and displays Stamitz’s idiomatic and virtuosic string writing.

Berks Sinfonietta, continuing its performance of music by women, will include the regional premiere of Marianna Martines “Symphony in C,” the first symphony written by a woman. Martines composed oratorios, masses, sacred choral works and secular cantatas, as well as keyboard and orchestral works. Martines was honored by the Accademia Filarmonica di Bologna for her Dixit Dominus, a large motet for chorus, soloists, and orchestra; she was the first woman invited to join this society of musicians and composers. Martines was a single woman with a composing career, teaching at her home, never formally been employed at any court – unheard of at that time.

The concert also includes Mozart’s first symphony, written when he was only eight-years old. The composition was written in London in 1764: his father was gravely ill, and he was not allowed to touch the keyboard or practice any other instruments, so he decided to write a symphony! In three short movements (fast, slow, fast), the work features many standard compositional ideas for a symphony – sudden dynamic changes, tremolos, rapid scales—with remarkable confidence. In the second movement the first horn plays the same four-note pattern that twenty-four years later appears in the final movement of Mozart’s last symphony.

The concert concludes with Haydn’s stunning Symphony No. 45, also known as the “Farewell” symphony. In the summer if 1772 Haydn’s employer, Prince Esterhazy, took his musicians with him to his summer residence, which meant the orchestra players had to leave their families behind. When summer was over, they expected to go home, but the Prince announced his intention to stay longer. The musicians asked Haydn to convince the Prince to change his mind, so Haydn devised a plan for his next symphony. During the final movement, as the music moves into what should be the closing coda, the music pauses and then a new slow section begins. As the music proceeds, the players begin to snuff out their candles and quietly leave the stage until at the end just two violinists are left to finish the piece. Legend has it that the Prince understood and announced the next day that they would return homes immediately.

Berks Sinfonietta
The Birth of the Symphony Concert
Saturday, November 16 at 7:30 pm. Doors open at 7:00pm.
Sacred Heart Church – 740 Cherry Street, West Reading
Free parking is available along the street and the neighboring M&T Bank parking lot.
$15/Adults and $5/Students
Tickets can be purchased in advance:
https://berkssinfonietta.ticketspice.com/the-birth-of-the-symphony
For additional information, send us a Facebook message or call us at 484-509-1290. 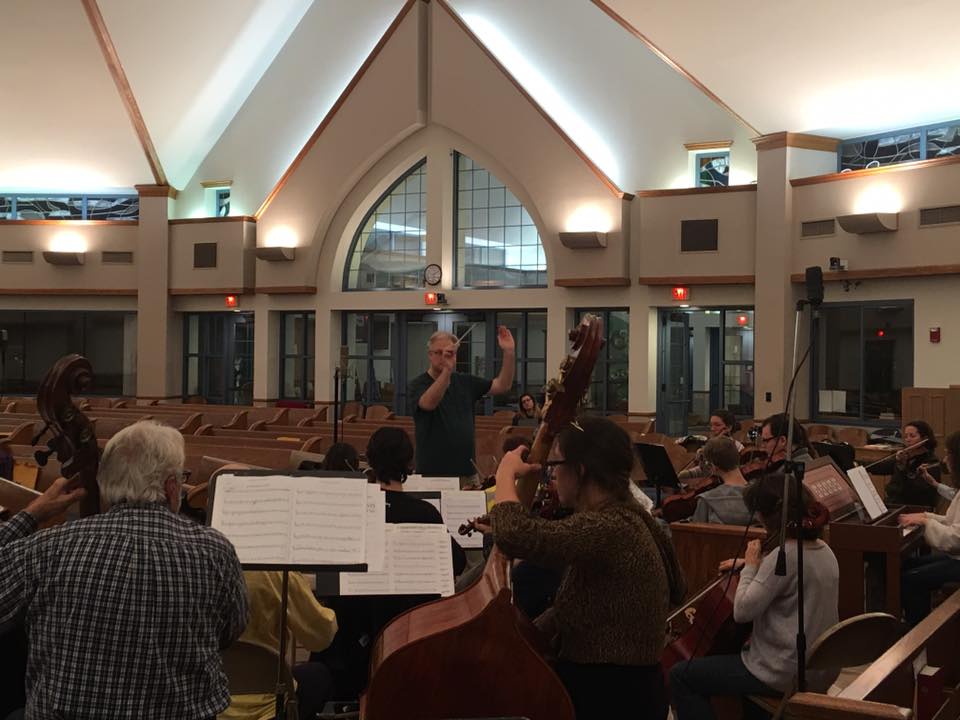