My Experience as a Volunteer Assistant Baseball Coach 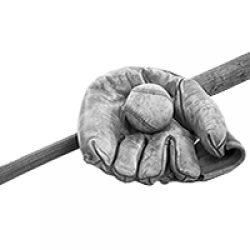 Over the past few weekends, I was a volunteer assistant baseball coach for a team that I used to play for in high school. By my senior year, I was a three-sport athlete that played soccer, baseball, and bowling. My favorite out of those three was baseball because I just loved to play the game and it taught me lessons that nothing else in life can ever teach you. Earlier this year, I was asked by a former coach of mine if I wanted to be a coach and of course I agreed. Anything for me to get back into the game that I loved. My goal as a coach was to make an impact on every single one of the players’ lives that were on the team. By the time the season was over, I already knew that my goal was complete.

The team I coached for was a small 18U tournament team that would only practice a few times and then play in tournaments around the area, such as Oley, West Lawn, and Berkshire. Being a volunteer I was not getting paid to be a coach, and I used this experience as a way to get community service hours. However, it was not just about the community service hours. It was about helping the players get better at the game of baseball. The way the head coach of the team describes it at the first practice was, “these guys that are coaching are not here because they are getting paid, they are here because they have all played for me and enjoy the game of baseball.” I could not have said it any better than him, the most important thing about being a coach should not be about getting paid; it should be about what the players get out of it in the end.

As an assistant coach, I had multiple responsibilities from throwing batting practice, catching pitchers bullpens in between innings, keeping the scorebook, and coaching first base. I loved every second of coaching because I know that I made an impact on all of the players on the team. The players on the team were all in high school, from the Berks County area and around the ages of 16-18. Being 19 and the youngest coach on the team going into the season, I did not know how the players would respond to having such a young coach. I know now that I had nothing to worry about because every player treated me with the same amount of respect as the other coaches. When you hear a player call you “coach” instead of by your first name, you know you have made an impact on them and that they respect you as a coach.

We were not necessarily the best team and did not win many games, but the amount of fun we had always trumped all of the losses. We went out there every game with the same attitude that no matter win or lose, we would have fun playing the game of baseball. After the last game, the head coach pulled the entire team together and said “thank you guys for playing this fall and showing up to every game. I know we did not win a lot and that sucks but the thing I was proudest of was that you guys came out here and played the game the right way. No matter what the score was, you guys went out there and had fun playing the game of baseball and that’s all I asked you guys to do.”

I enjoyed being a baseball coach and I would do it again in a heartbeat because I enjoy playing and being a part it. Most people find baseball long, boring, and not that entertaining, but to some baseball is truly a great game that should be enjoyed by the masses. I want to thank my former coach for giving me this opportunity. I also want to thank the players. Without them, I would have never got this experience to become a coach in the first place and make an impact on their lives. So next time your debating what sport to play or what sport your kid should play try baseball because it teaches life lessons that you can’t learn at any other point in life.