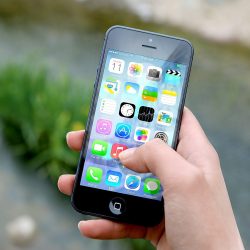 On September 19, 2019, Apple’s iOS 13 software update was released to the public. Apple’s new update has been much anticipated since it was previewed on June 3rd. As one of the biggest iOS updates, some features include a new design for iPhones and the dark screen setting. The Senior vice president of Software Engineering for Apple, Craig Federighi, said, “iOS 13 brings new capabilities to the apps you use every day, with rich updates to Photos and Maps, and privacy-protecting features like Sign In with Apple, all while delivering faster performance.”

In low light environments, Apple’s new Dark Mode offers a great viewing experience and can be set automatically by the user based on the time of day. Apple also made it easier to access photos. Tabs are now available based on the dates your photos were captured. In addition, Apple now has more than 30 new powerful photo editing tools, that could be used to enhance user’s photos.

Popular apps, such as, Maps, Apple Music, and The App Store have also been updated with unique features. In Maps, you can have favorite locations for quick and easy access to daily destinations. Also, this app has improved traffic navigation, as well as more precision on addresses to quicken your arrival times. Apple Music has added 100,000 radio stations from around the world and has added time link lyrics so people can sing along to songs.

In the App Store, the arcade mode has been released this iOS update. With a monthly subscription of $4.99, user have access to unlimited, groundbreaking new games. In this tab, now users are browse the latest apps released and are given recommendation apps based on previous downloaded apps. Users are also now able to download large scale apps across their iPhones.

In messages, the Memoji was introduced in iOS 13. This specific emoji allows users to create an emoji that look like them. Customizations for the Memoji include a wide variety of hairstyles faces, piercings and makeup. Others can even share their Memojis with you. In the message app, users can now able to swipe on the keyboard to create words faster, if they prefer that method.

Apple has also significantly improved its phones performances in several ways with this update. All apps have two times faster launching time when being opened. For iPhones that have a Face ID, phone unblocks now occur thirty percent faster than before. The apps Find my iPhone and Find my Friends have been combined into one app, so lost phones can still be located without WiFi. A major problem in the past with iPhones was the aging of batteries. Now, in iOS 13, users can optimize battery charging to slow the rate of charging and decrease battery aging.

“We’re excited for customers to experience what’s coming to iPhone this fall and can’t wait for them to see how great everything looks in Dark Mode.” said by Craig Federighi. As one of the biggest iOS updates to date, Apple has tried its best to please its users with this update.