A Decade After the Recession, Housing Costs Ease for Homeowners 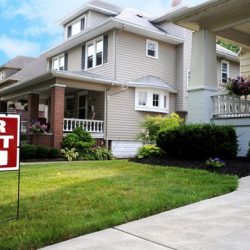 For Renters, Housing Cost Burden Is About the Same

The housing cost burden has eased for U.S. homeowners but remained stagnant for renters since the peak of the recession in 2008.

Recently released data from the American Community Survey (ACS) estimates the percentage of “burdened” households, or those that spend at least 35% of their monthly income on housing costs, and provides a 10-year look at the trends from 2008 to 2018.

An estimated 40.6% of rental unit residents spent 35% or more of their monthly household income on rent and utility bills last year.

There were 77.7 million owner-occupied housing units in the United States in 2018. Approximately 62% of these homeowners had a mortgage, down 6.5 percentage points from 2008.

For the purposes of this analysis, a burdened owner-occupied household is one where the homeowner spends 35% or more of their monthly household income on mortgage payments, utility bills, real estate taxes, property insurance, and any required condominium or mobile home fees.

Housing costs also eased slightly for homeowners without a mortgage or who own their homes free and clear.

The picture wasn’t quite as bright for the nation’s 43.8 million renters. An estimated 40.6% of rental unit residents spent 35% or more of their monthly household income on rent and utility bills last year. That’s a dip of only 0.2 percentage points from 2008 when 40.8% of renters were burdened.

Changes at the metro area level followed a similar trend as the nation.

The ACS is an ongoing survey that publishes annual estimates on a range of housing, demographic, social, and economic characteristics. ACS estimates from 2008 were based on data corrected after they were originally released.  For more information, see the U.S. Census Bureau’s note.