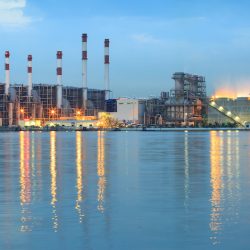 The rule change would allow many power plants to continue discharging polluted water into waterways.

HARRISBURG, Pa. – The Environmental Protection Agency has proposed extending compliance deadlines and creating new loopholes in clean-water rules that would allow some coal-fired power plants to keep polluting at current levels for years.

The proposed changes affect rules put in place in 2015. They include looser limits on heavy-metal pollution for some power plants, loosened technology requirements for treating water from pollution controls, and a provision that plants scheduled to close by 2028 would not have to meet some pollution standards at all.

According to Tom Schuster, senior campaign representative with the Sierra Club, without the proposed changes, all of the power plants in the Allegheny River watershed would have to comply with the Obama-era standards by 2023.

“You’re going to end up seeing more pollution from coal ash allowed to be dumped into the water that ultimately feeds our drinking water systems there,” Schuster said.

The EPA has said the changes would save the power industry $175 million per year and reduce pollutants discharged into waterways by 100 million pounds per year.

But Schuster pointed out that under the 2015 rules, 100% of the water used to move the bottom ash left by coal burned in power plants would have to be recycled.

“Now they’re going to be allowed to dump 10% of water that’s used to move that ash directly into the river every day, without regard for what is in that water after it contacts the ash,” he said.

Bottom ash contains heavy metals such as arsenic, mercury, chromium and lead as well as other toxins.

Once the proposed rule is published, there will be a 60-day public comment period. Schuster said the EPA will hold one public hearing on December 19 – just a few days before Christmas.

“They’re not necessarily making it easy for people to voice their opinion on this rule, but we’re definitely going to be challenging it and, if necessary, we’ll fight it in the courts,” he said.

In 2018, the Pennsylvania Department of Environmental Protection updated water-pollution permits for most coal plants in the Commonwealth to include the Obama-era rules.