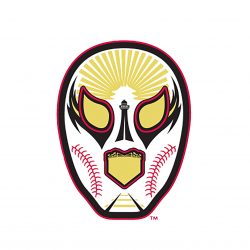 As part of MiLB’s Copa Initiative, “Luchadores” Logo Pays Tribute to the City of Reading 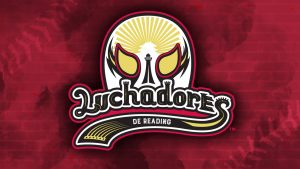 In 2019, 403 Copa-inspired games took place throughout Minor League Baseball. These games on average welcomed 20% more attendees as compared to non-Copa games through September 1st of this year.

The new identity represents more than a Luchador. “Luchar” means “to fight for,” and “Luchador” translates to “fighter,” but it also signifies a specific type of fighter – a masked wrestler.

The mask logo pays tribute to some of the most notable elements of the city of Reading. Embodied in the Luchador’s mask is Reading’s Pagoda, surrounded by 23 sun rays representing the Latin American countries and Puerto Rico. Down the bridge of the nose is Reading’s Fire Tower. Home plate serves as the Luchador’s mouth, with FirstEnergy Stadium’s facade creating the upper lip. Below the chin are train tracks, symbolic of the historic Reading Railroad, and along the side are baseball seams, a nod to Baseballtown’s rich history.

Watch the video about the unveiling of the Luchadores mask and logo here:

The R-Phils will play as Los Luchadores during select home games throughout the 2020 season. The new on-field caps and uniforms for Los Luchadores will be unveiled in March.