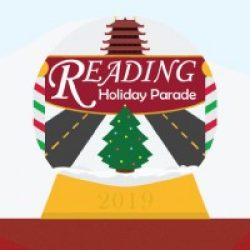 Reading, Pa. – The CEO of Safe Berks, Mary Kay Bernosky, who helped grow the nonprofit organization during her 15 year tenure, will serve as Grand Marshal for the 2019 Reading Holiday Parade.


The parade in downtown Reading is scheduled for Saturday, Nov. 23 starting at 10 a.m. Participants will step off at 11th and Penn Streets and proceed along Penn Street to Second Street. This year’s parade theme is “Old Fashioned Holidays.” The annual event is presented by the Reading Downtown Improvement District and the City of Reading.


“Each year the Reading Holiday Parade features a grand marshal, someone who has made significant contributions to the Reading-Berks community,” said Charles R. Broad, Executive Director of the Improvement District. “This year we fittingly honor Mary Kay Bernosky, who has provided 15 years of direction and vision to Safe Berks.  Safe Berks saves and changes lives and its capacity to accomplish that flourished under Mary Kay’s leadership.  She had a keen ability to foster community partnerships that benefitted thousands of people.”


Through Bernosky’s many years of leadership, Safe Berks has increased services to victims of sexual assault, expanded prevention programs and economic empowerment opportunities, and has created outreach programs with colleges. The organization’s shelter – Safe House – has been able to increase emergency housing capacity from 25 to 50. In 2016, Bernosky oversaw the changing of the organizations name from Berks Women in Crisis to Safe Berks.


While Bernosky will be stepping down as CEO of Safe Berks on Dec. 6th, her impact will be felt for years to come. “We will miss her tremendously,” said Nina Bohn, president of the Safe Berks board of directors. “Due to her leadership, this life-saving nonprofit is strong, stable, and positioned to continue its growth in bringing quality services to the Berks County community.”


Broad said more than 3,000 participants are signed up for the parade. Included in the lineup are several high school marching bands, numerous floats, large inflatable balloons, civic and community organizations, and several dignitaries.

“We want to extend a special thanks to the Reading Area Water Authority for stepping up to be the parade’s Signature Sponsor for the third year in a row,” Broad said.


In addition to the Water Authority, major sponsors are Reading Area Community College, Tower Health, and WEEU. Other sponsors are Boscovs, Ashley Furniture and BB&T.


In case of inclement weather, the parade will be rescheduled to Saturday, Nov. 30 at 10 a.m.