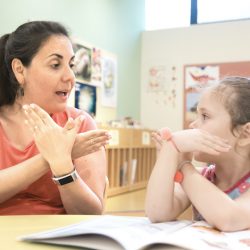 But according to Susan Spicka, executive director of Education Voters of Pennsylvania, unlike public schools that must accommodate all students, the bill allows those schools to refuse students with disabilities.

“This bill gives choice to private and religious schools to choose the students they want and then to discriminate against students that they don’t want, all using taxpayer dollars,” Spicka said.

State House Speaker Mike Turzai, R-Marshall, sponsored the bill and said it would provide students in one of the state’s worst-performing school districts with immediate access to a better education.

But Spicka noted after years of financial turmoil, the district went into receivership in June, and now students and educators are optimistic about the changes they are seeing.

“The voucher program would undermine all of that by draining millions and millions of dollars out of the school district just as it’s beginning to get back on its feet,” she said.

Spicka said the program would take up to $8.5 million out of the district budget and would allow the voucher program to expand to other school districts. She added there is evidence that school voucher programs do not improve educational outcomes.

“Studies of voucher programs in other states have shown that students who use the vouchers actually perform worse academically,” she said.