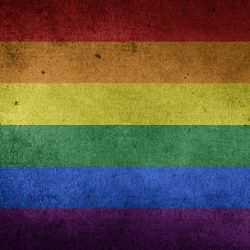 Allentown,Carlisle, New Hope, Philadelphia, Pittsburgh, Reading, State College and Wilkes-Barre are shining examples of cities leading the way on LGBTQ inclusion in a difficult state according to a new report from the Human Rights Campaign Foundation

WASHINGTON — At a time when many states have failed to pass LGBTQ-inclusive laws and policies, cities are stepping up to ensure that all citizens are treated equally, according to a report issued by the Human Rights Campaign (HRC) Foundation, the educational arm of the nation’s largest lesbian, gay, bisexual, transgender and queer (LGBTQ) civil rights organization.

In Pennsylvania, Allentown,Carlisle, New Hope, Philadelphia, Pittsburgh, Reading, State College and Wilkes-Barre earned over 85 points on the 2019 MEI despite hailing from a state without LGBTQ-inclusive statewide non-discrimination laws. Across the country, 59 cities like these set a standard of LGBTQ inclusiveness with exemplary, best-practice policies such as local non-discrimination laws, providing transgender-inclusive health benefits for city employees and offering LGBTQ-inclusive city services.

Shining like beacons of hope, these eight cities earned one of HRC’s 59 MEI “All Star” designations. MEI All Stars are cities nationwide that are excelling by advancing LGBTQ equality without relying on state law. Please see a table of their scores below:

The average score for cities in Pennsylvania  is 90 out of 100 points, which falls above the national average of 60.

“These inclusive and welcoming cities are standing up to the unrelenting attacks on the LGBTQ community by the Trump-Pence administration, and sending a clear message that the fair and equal treatment of our community, our families and our neighbors is a true American value,” said HRC President Alphonso David. “This year’s Municipal Equality Index shows that across the country, city leaders are working tirelessly to ensure that their constituents can secure housing, make a living and participate in community life without being discriminated against because of who they are. And the people overwhelmingly agree with these leaders: support for non-discrimination protections to protect LGBTQ people topped 70 percent, which includes a majority of Democrats, Republicans and Independents. These policies are not only the right thing to do, but they are also critical in driving economic success by attracting residents, visitors and businesses that place a high value on inclusivity.”

“This report on LGBTQ equality at the local level couldn’t be more timely. There are critical decisions being made about our lives at the Supreme Court, in the federal administration and state and local legislative bodies. If they listen to the millions of Americans represented in this report the answer should be simple: we need protections for LGBTQ people now,” said Rebecca Isaacs, Executive Director of Equality Federation Institute. “We are proud to partner with HRC on the Municipal Equality Index. It is a powerful tool for elected officials and community leaders to use as they advocate for equality. This marks the third year in a row that the national city score average increased, and we will work tirelessly to ensure that number continues to grow. It’s time for leaders at every level to take a stand and demand that no one be treated differently because of who they are, where they live or who they love.”

Since the MEI’s debut in 2012, the number of cities earning the highest score has increased by more than eightfold, and today at least 25 million people live in cities that have more comprehensive, transgender-inclusive non-discrimination laws than their state.

Progress on transgender equality has been particularly noteworthy in cities across the U.S. this year, continuing a positive trend that the MEI has tracked — and encouraged — since 2012. Transgender-inclusive healthcare benefits are offered to employees of 164 municipalities this year — up from 147 in 2018, 111 in 2017 and just five in 2012. The MEI’s Issue Brief on Transgender-Inclusive Health Benefits is available here.

Other key findings from the 2019 Municipal Equality Index include:

Despite the fact that local leaders continue to pioneer the way forward on LGBTQ equality, there remains an unacceptable patchwork of laws for LGBTQ people across the country. This reinforces the need for the federal Equality Act, bipartisan legislation passed by the U.S. House that would provide consistent and explicit non-discrimination protections for LGBTQ people across key areas of life, including employment, housing, credit, education, public spaces and services, federally funded programs and jury service.

The MEI rated 506 cities including the 50 state capitals, the 200 largest cities in the U.S., the five largest cities or municipalities in each state, the cities home to the state’s two largest public universities, 75 municipalities that have high proportions of same-sex couples and 98 cities selected by HRC and Equality Federation state group members and supporters. It assesses each city on 49 criteria covering citywide non-discrimination protections, policies for municipal employees, city services, law enforcement and the city’s leadership on LGBTQ equality.

The full report, including detailed scorecards for every city, as well as a searchable database, is available online at www.hrc.org/mei.

The Human Rights Campaign Foundation is the educational arm of America’s largest civil rights organization working to achieve equality for lesbian, gay, bisexual, transgender and queer people. HRC envisions a world where LGBTQ people are embraced as full members of society at home, at work and in every community.