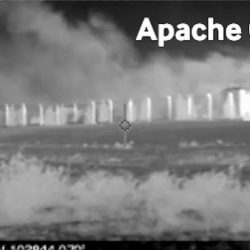 HARRISBURG, Pa. – Planned expansion of oil and gas development would push global temperatures beyond the tipping point of catastrophic climate change, according to a new report.

The report, from the Global Gas and Oil Network, says the industry plans to invest $1.4 trillion in new extraction projects by 2024 with 85% of that expansion happening in the United States and Canada.

Nathalie Eddy is a field advocate with the environmental group Earthworks. She says that would lock in 148 gigatons of carbon dioxide emissions that could raise global temperatures more than 2 degrees Celsius.

“Projected investments in production for the next four years puts us in a whole new bright red level of emergency in terms of how do we avert dangerous climate change,” says Eddy.

The Paris Climate Agreement seeks to limit global warming to 1.5 degrees Celsius to significantly reduce the risks and impacts of climate change.

Eddy points out that rising sea levels, increasingly violent storms, droughts, flooding and wildfires already occurring due to climate change are a forecast of things to come.

“We’ve been told again and again by each IPCC report just how urgent and important it is to maintain that 1.5 degrees Celsius of global warming to avert further change,” says Eddy.

Since its founding in 1988, the Intergovernmental Panel on Climate Change has published five comprehensive assessment reports on climate science and a number of special reports.

Eddy emphasizes that government needs to take the lead by restricting oil and gas licenses, contracts and permits, implementing plans to transition to renewable energy and ending subsidies for oil and gas infrastructure and development.

“The financing is a huge part of this absolutely unlevel playing field,” says Eddy. “If governments were to pull those subsidies that are supporting fossils and support renewables, it’d be a very different future that we would see.”

The full report can be found online at ggon.org/OilGasClimate2019.