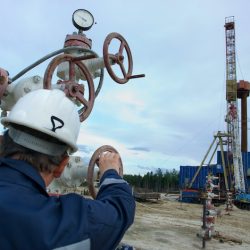 The public will be able to comment starting early next year on a proposed rule estimated to reduce methane emissions in Pennsylvania by 75,600 tons per year.

HARRISBURG, Pa. — Pennsylvania’s environmental rule-making board has voted to advance a rule to cut down on methane emissions from existing oil and gas facilities. The rule passed the Environmental Quality Board on Tuesday by a 18-1 vote.

Methane is responsible for one-quarter of the climate change already taking place, and, as the nation’s second largest producer, the Keystone State is a major source of emissions.

With the Trump administration pushing to roll back methane regulations, David Jenkins, president of the group Conservatives for Responsible Stewardship, called the proposed Pennsylvania rule a big victory.

“For the state’s environment, for the state’s economy,” he said, “all that hinges on the industry being good actors and doing what it can to be responsible producers of natural gas.”

The DEP has estimated that the rule would reduce methane emissions by more than 75,000 tons a year, the equivalent of taking 374,000 cars off the road. The rule will be subject to a public comment period starting early next year.

“We’ve seen drastic swings in planting seasons and in severe weather events — the flooding, the droughts in different parts of the country, the wildfires that are taking place,” he said. “It’s just getting tougher and tougher to be a farmer.”

Even major gas and oil producers, including Shell and ExxonMobil, are expressing support for methane regulation. Jenkins said rules to protect the environment aren’t a radical ideal.

The proposed rule would exempt low-producing wells from leak-detection requirements, but environmentalists are urging the DEP to close that loophole.

More information on the rule is online at files.dep.state.pa.us.