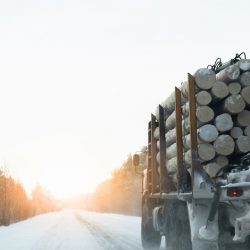 Conservation groups fear that if one state is exempted from the federal Roadless Rule, others will follow.

The administration has asked the Forest Service to create an exemption that would allow logging in protected parts of the Tongass National Forest in Alaska, one of the largest intact temperate rainforests left in the world.

In Pennsylvania, noted Jim Furnish, who was deputy chief of the U.S. Forest Service from 1999 to 2002, the Roadless Rule also protects 25,000 acres of the Allegheny National Forest from logging.

“I think if people look at what value the Allegheny has in Pennsylvania as being a place that’s been set aside for future generations, for posterity,” he said, “it’s a great lesson.”

Supporters of the exemption have claimed it would allow timber harvest, road construction and roadless-area management decisions to be made by local officials on a case-by-case basis.

Conservation groups have said that, from capturing carbon to supporting recreation, forests benefit public health and safety. Furnish added that when roads are built in national forests, taxpayers foot the bill for their maintenance.

“Currently, the Forest Service has an $8 billion or $10 billion backlog of maintenance,” he said, “money that’s really needed to support all these roads.”

Prior to the Roadless Rule, 380,000 miles of roads were built in national forests.

When the Roadless Rule was first proposed, more than 1.5 million Americans voiced their support. Furnish said it has survived many challenges since going into effect almost 20 years ago.

“It’s been litigated over and over and over again — and I might add repeatedly in Alaska, particularly,” he said, “and yet, here we are taking one last ‘hail Mary pass,’ trying to remove these protections.”

More than 400,000 people — as well as numerous tribal, governmental, business and recreation groups — have filed comments opposing exemptions from the Roadless Rule.

The Roadless Rule is online at fs.usda.gov, and more information on the Tongass issue is at earthjustice.org.