Look Out for Seasons Cheatings 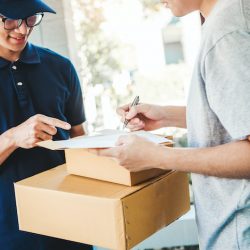 HARRISBURG, Pa. – ‘Tis the season to be careful.

That’s one message consumer advocates want Pennsylvanians to keep in mind during this holiday season.

More than one-in-five adults surveyed by AARP in the Commonwealth failed a simple quiz designed to test their ability to recognize holiday scams.

From bogus charities to “porch pirates,” consumer fraud and theft abound at the end of the year.

With 75% of Pennsylvanians planning to give gift cards this year, Mary Bach, who chairs the Consumer Issues Task Force at AARP of Pennsylvania, advises consumers to make sure no one has tampered with the cards they purchase.

Almost 20% of those surveyed said they had given or received a gift card that had no money left on it.

Tips to avoid holiday scams can be found at aarp.org/seasonscheatings.

Bach points out that when shipping a package to a friend or relative it’s very important to request a signature when it is delivered, otherwise it may simply be left outside the recipient’s front door.

The AARP survey found that more than 40% of Pennsylvanians don’t request a signature on delivery of holiday packages.

Many people do almost all their charitable giving at the end of the year. But Bach notes that only half of Pennsylvanians research the organizations that receive their donations to be sure they are legitimate, and the funds really go to the causes they claim to support.

“Make sure you call the Bureau of Charitable Organizations within the Pennsylvania Department of State to check on the individual charity,” she advises.